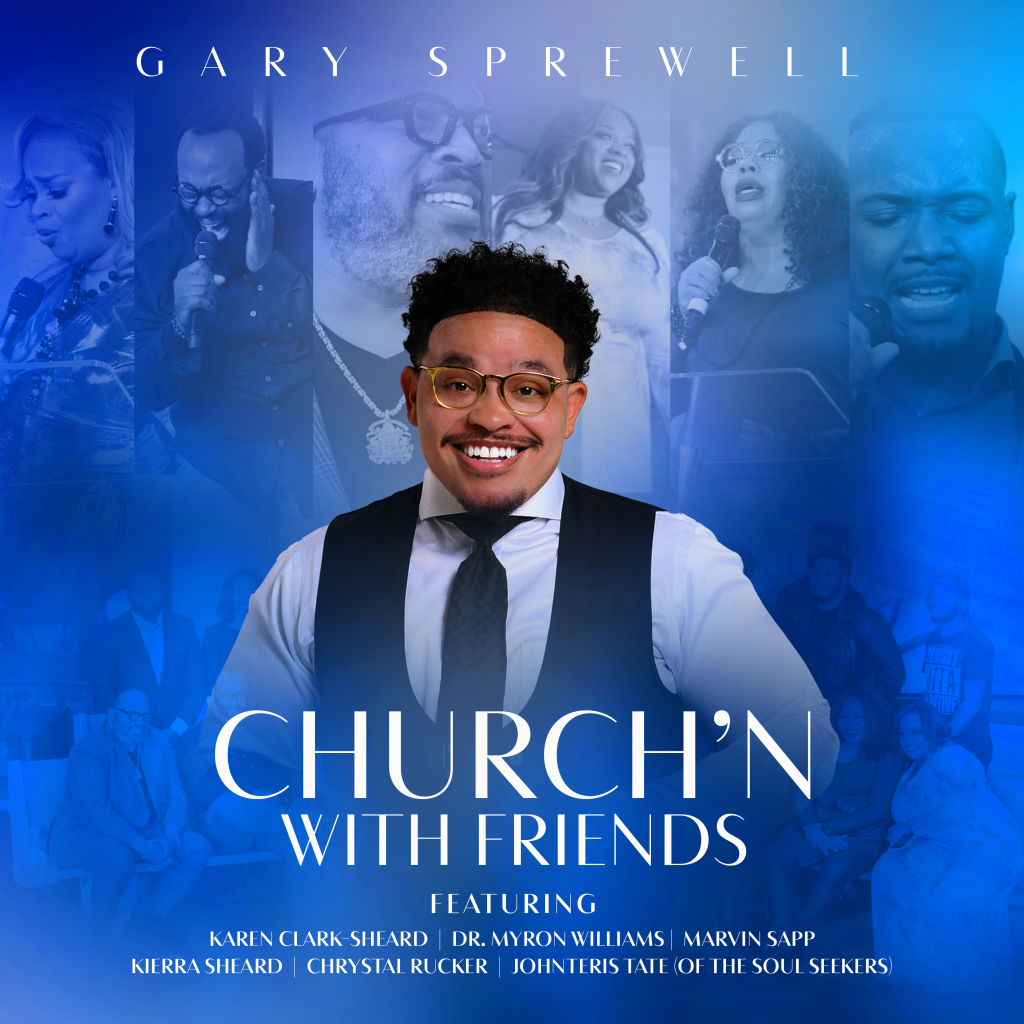 International evangelist, Gary Sprewell, has just released his debut album, Gary Sprewell Church’n With Friends. Sprewell, who has ministered in fifteen countries around the world, is widely known for his charismatic preaching style with a great voice to accompany. Now, he’s taken that gift and invited several of gospel music’s biggest names to create a live-recorded worship experience for the world to enjoy.  Special guests include Karen Clark Sheard, Marvin Sapp, Kierra Sheard, Chrystal Rucker, Dr. Myron Williams, and Johnteris Tate (of the Soul Seekers) . “This project was recorded in an empty church in the middle of the pandemic and was the first time each artist had traveled since the start of it…” says, Sprewell. He continues, “This is my version of Carlton Pearson’s Azusa pandemic style.”

The leading single, “He Promised”, opens the album and highlights Sprewell’s impeccable vocal stylings with an upbeat tempo to remind listeners that “He promised that He will never leave…He promised that He’ll always be there”. In Sprewell’s own words he says, “‘He Promised’ is a song that simply reminds you that whatever God promised, has to come to pass. Doesn’t matter how long you’ve been praying or waiting, if He said it then it’s going to happen!”

Gary Sprewell Church’n With Friends is available now on all streaming platforms.