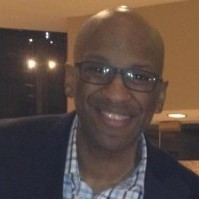 The awards season is in full-swing in Hollywood and a few of Gospel music’s top voices joined the celebration at the recent 23rd Annual Movie Guide Awards Gala held on Friday, February 6.  Sharing the stage for a special tribute to Andrae’ Crouch was: Donnie McClurkin, Take 6, Ledisi, Jonathan Butler and the legendary Stevie Wonder.

The musical presentation was spear-headed by Crouch’s long-time music director and producer, Mano Hanes.  Crouch, often referred to as “The father of modern music” saw his work featured on the big screen in blockbuster films such as “The Colored Purple” and “The Lion King.”  The event drew out some of Hollywood’s movers and shakers including, Devon Franklin, President/CEO of Franklin Entertainment and Connor Corum, star of Sony Pictures Entertainment film, “Heaven Is For Real.”

Each year around OSCAR® time, MOVIEGUIDE® Founder and Publisher Ted Baehr, presents its annual Awards Show, where it rewards the best family-friendly movies and television shows of the previous year. It also rewards the best films for mature audiences and awards the $200,000 Epiphany Prizes and the $50,000 Kairos Prize for Spiritually Uplifting Screenplays and the $50,000 Chronos Prize for Inspiring Screenplays by established filmmakers, sponsored by grants from Sir John Templeton and the John Templeton Foundation.  MOVIEGUIDE Awards is scheduled to air Saturday, February 21 at 7pm/ET -4pm/PT with an encore airing on Monday, February 23 at 9pm/PT -12am/ET on REELZ TV.  Check your local listings and tune in.

McClurkin will be returning to the west coast to co-host the 4th Annual Gospel Goes to Hollywood Awards Luncheon on Friday, February 20 at the historical and elegant Vibiana located in downtown Los Angeles.  Gospel Goes to Hollywood Awards Luncheon (GGTH) celebrates untold stories of faith during OSCAR Week. Created by Tomeka Holyfield, the event provides a platform for believers, in Hollywood, to reflect on their hard work and faith it took to get there.