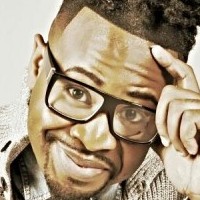 The current Top 20 radio single “Friend of Mine” is an upbeat tribal rhythm boasting cameos by Anthony Hamilton and erstwhile Blackstreet crooner Dave Hollister. The trio will perform the song on BET’s “Super Bowl Gospel” TV special that airs on Sunday, February 1, 2015 at 9:00 AM EST and repeats at 11:00 PM EST. On February 3rd, Woods will be a guest on the nationally syndicated program, “The Yolanda Adams Morning Show.” He’ll stop buy Moody Radio in Chicago on Tuesday and will be in studio for “The Ricky Smiley Morning Show” on February 5th. Many more media appearances are in the works.  “I can honestly say this is the kind of creative project I’ve always wanted to record where there is enough on it to cater to everyone, but not lose my core,” Woods says of the album. “It’s always great to think about building your audience as you grow in your career, and I definitely feel this is the record to do so.”

“Over the last few years I’ve experienced extreme ups and downs with life, depression, disappointment with my career and even the feeling of being left behind,” says Woods who is best-known for the uplifting song “Let Go,” a 2006 Top 5 gospel radio smash. “When I started receiving music, I always made sure the songs I chose spoke to some part of my life.  As the record started to build and my manager and I worked with the writers about certain things I wanted to express, I realized it became a teaching record full of lessons that I’ve learned over the years. I’ve gone through these experiences not just for me, but to help someone who may be experiencing the same things.”