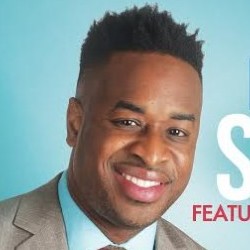 Broken To Minister: The Deluxe Edition is an extension of Sneed’s 2013 inaugural gospel EP, Broken To Minister, which also featured the debut of Sneed’s gospel ensemble, The Levites. The project also features 15 new songs (20 tracks on the project) including the hit singles, “Broken to Minister” and “Call Him By His Name.”  The new single, “Forever,” is an up-tempo praise and worship song written by Jason Michael Webb, associate musical conductor for the Tony Award-winning Broadway production Motown The Musical. See Soundcloud link of single: (https://soundcloud.com/damiensneed/forever-radio-edit).

This month, Sneed starred in the new PBS documentary, Everyone Has a Place by Dennis Scholl of the Knight Foundation and Marlon Johnson, a six-time Emmy award-winning producer and director, which premiered on Charlotte’s PBS station WTVI. The film captures his journey as the musical conductor of last year’s historic performance of the Abyssinian Mass by Wynton Marsalis during the 16-city national tour. The film features the world-renowned Jazz at Lincoln Center Orchestra and Sneed’s 70-piece Chorale LeChateau. The documentary was filmed at Charlotte’s Friendship Missionary Baptist Church. Everyone Has a Place will air this year on local PBS stations across the country.

On Sunday, March 22, in partnership with Ginny’s Supper Club in Harlem’s Red Rooster’s restaurant, Sneed will host his inaugural monthly gospel showcase that will feature both national and independent recording artists. Doors open at 6:00 p.m. and the showcase begins at 7:00 p.m. The monthly showcase spring dates are scheduled on Sunday, April 19, and Sunday, May 17. The showcase will resume in September during Gospel Music Heritage Month.