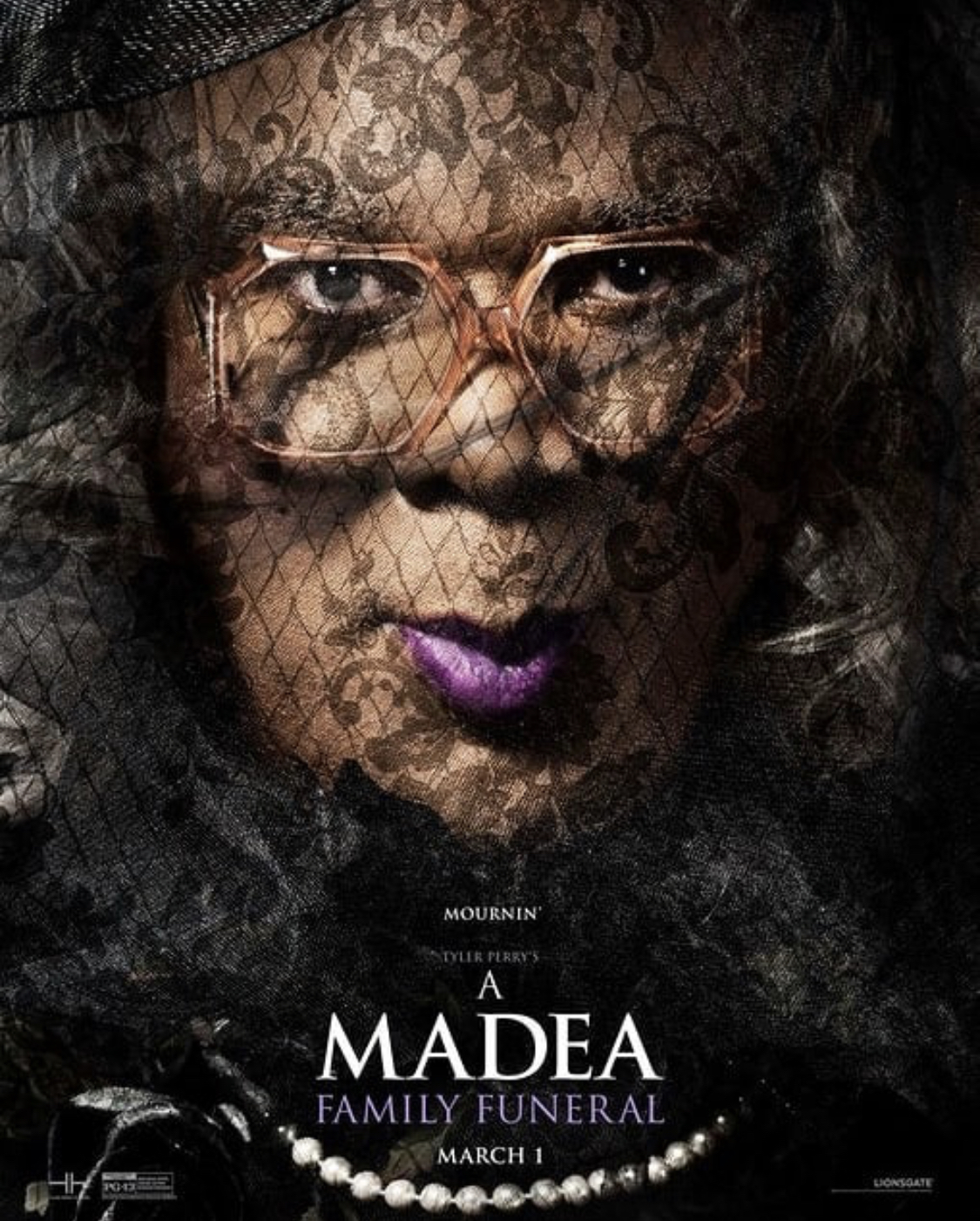 The Madea era is coming to a close—with a stage tour and next year’s appropriately titled film farewell: Tyler Perry’s a Madea Family Funeral.

Tyler Perry made the official announcement during a Sirius XM interview, explaining, “I just don’t want to be her age [still] playing her.” Madea, who was 68 when she was first introduced onstage 20 years ago, has been the hardest-working character in Hollywood—appearing in dozens of films, TV shows, and theater productions. Her films alone have grossed over $500 million worldwide.

The filmmaker revealed that he and his cast wrapped production on Madea Family Funeral two years ago—the plot involving a family reunion, a homecoming to backwoods Georgia, and an unexpected funeral. The poster shows Perry’s grand-dame title character in full mourning garb, head tilted down. The filmmaker, who debuted the character onstage in I Can Do Bad All by Myself, did not disclose whether the funeral was for Madea herself. The stage show and film finale, a neat 20 years after Madea’s debut, seem like a symmetrical bookend. Perry joked that Madea did not know she was being written off, deadpanning, “Don’t tell her.”