Alexis Spight’s ‘All The Glory” Hits No.1 on Billboard’s Gospel Indicator Charts 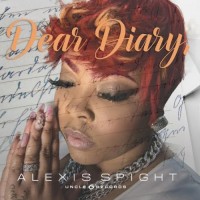 Spight’s upcoming dates include Radio One’s Baltimore Unity in the Community event. The event is the brainchild of Radio One’s founder Cathy Hughes and has been a staple of the community for years. With the death of Freddy Gray and the recent crisis in Baltimore, this event will symbolize another step in healing the community. Radio One and Baltimore City have come together to unite Baltimore. There will be health screenings, children’s pavilion, meet and greets, and other family activities.

The 2012 first-runner up of Season Five of BET’s Sunday released her debut album, L.O.L.: Living Out Loud, which peaked at #1 on the Billboard Top Gospel Albums chart. The album garnered two Stellar Gospel Music Awards nominations including New Artist of the Year and Contemporary Female Vocalist of the Year.

Women with a Purpose Conference

KMVP Radio Back to School Explosion