The Gospel Music Association (GMA) announced today, from Allen Arena on the campus of Lipscomb University, the nominees in 42 categories for the 45th Annual GMA Dove Awards. The conference was also streamed live on www.hearitfirst.com/live.  The awards show will take place on Tuesday, October 7, 2014 at Allen Arena on the campus of Lipscomb University in Nashville, TN at 6:30pm CT.  Trinity Broadcasting Network (TBN) will air the awards show on the network’s global stage reaching over 100 million homes in the US, plus global and multi-platform distribution. Voting for the final winners will run August 26th through September 9th. All tabulations certified by the independent accounting firm, Kraft CPAs PLLC.

“Congratulations to all the nominees of the 45th Annual GMA Dove Awards,” said Jackie Patillo, Executive Director of the Gospel Music Association. “The Doves celebrate the impact of all genres of Gospel music, recognizing talent, ministry and outstanding performances. It is an honor and a privilege to once again have Lipscomb University as our host for Gospel music’s biggest event of the year. Dr. Lowry and his staff work diligently along side us to create an event that has many moving parts.”

“To be announcing that the 45th Annual GMA Dove Awards have a new home with TBN generates a lot of excitement for our organization.  Not only do our organizations align in mission, but TBN will get the show and our music out to a greater audience than ever before.  With their global and multi-platform enabled technology, virtually everyone, anywhere will be able to watch this year’s show,” continued Patillo.

“Once again the GMA Dove Awards will bring together the best and brightest singer, songwriters, musicians, and professionals in Gospel and Christian music,” said Matthew Crouch, Vice President of the Trinity Broadcasting Network. “And TBN, the leader in Christian television and America’s most-watched faith channel, is honored to serve as the exclusive broadcast host for this night of unforgettable and life-changing music.”

The nominees in 20 categories were revealed today during the press conference and Included here are six of the top categories announced today.

Song of the Year

“I Can Trust Him” – The Perrys, (writers) Wayne Haun, Joel Lindsey, (publishers) PsalmSinger Music/DaySpring Music/Songs From The Inside

Artist of the Year

New Artist of the Year

Contemporary Christian Performance of the Year

Fix My Eyes – for KING & COUNTRY

Lord I Need You – Matt Maher

Southern Gospel Performance of the Year

Gospel Performance of the Year

I Can Only Imagine – Tamela Mann

I Love The Lord – Natalie Grant

If He Did It Before…Same God – Tye Tribbett

Hearitfirst.com will live stream the red carpet, pre-telecast and other non-broadcast show activities, including never before seen backstage access. 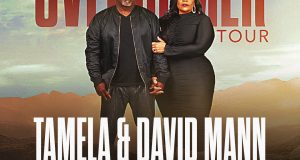 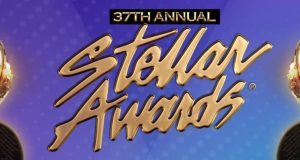 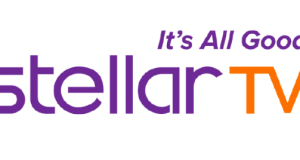