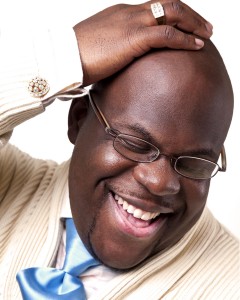 Zebulon Ellis is one of the newest artists signed by Myron Williams, to Flow Records. Zebulon’s highly anticipated debut CD, Zebulon Ellis is set for a June, 2012 release, with his first single I Still Believe in God currently going for adds.

Zebulon is comfortable embracing the Down-Home sound of Traditional Gospel music.  He is a young man that grew up the son of a Baptist Preacher and has kept the feeling of a Sunday morning church service in every song he sings.  His youthful approach to music brings a freshness and rejuvenation to the sound and emotion of true Traditional Gospel.

Zebulon first took the world by storm on the stage of the popular BET music competition Sunday’s Best.  His rendition of Donnie Hathaway’s A Song for You, transitioned the R&B classic into a sincere song of worship that had the audience on its feet and BeBe Winans declaring “Zebulon made the song his own.”

Currently promoting his new single I Still Believe in God, produced by Flow Records President Myron Williams; Zebulon is on the road stopping at churches and radio stations across the nation sharing his music ministry.  The song is a testament to his unmoving faith and belief in God.  He delivers spiritual and heartfelt words of love and commitment and moves listeners to proclaim their personal sentiments to the Most High.