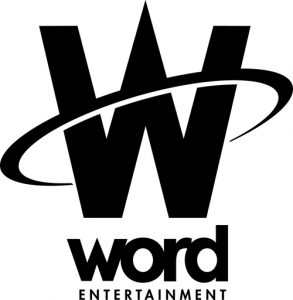 Word Entertainment—a leading Christian entertainment company offering an array of artist services including recorded music, publishing, merchandising, booking and marketing—announced that it has partnered with international feature film production and distribution company Curb Entertainment, to distribute Word Entertainment’s faith-based films outside of the US.  The inaugural slate of films will include The Perfect Summer, My Name Is Paul, The Trail (Let God), Hope for Hurting Hearts, Mother India, Season of a Lifetime, Veil of Tears, and more, which will be showcased at the 2014 CANNES Film Market in Cannes, France.

“There is an enormous and growing market for films that provide wholesome family entertainment, and Word Entertainment proudly offers thought-provoking films that tell stories of faith, hope, love, and redemption,” said Rod Riley, President & CEO, Word Entertainment. “I am thrilled that we are partnering with Carole Curb and Curb Entertainment to expand our reach and bring these great works to audiences around the world.”

Carole Curb, President, Curb Entertainment, added, “We are proud to build upon a very successful relationship between Word and Curb by having the opportunity to work directly on the exciting films that Rod Riley and his team have assembled. Our company has had a 30-year history of film distribution, and we are excited to join with Word in the sales and marketing of its films.”

Carole Curb, who has successfully grown Curb Entertainment into one of the most respected independent film companies in the world, will be heading up the charge for Curb. Curb Entertainment will provide international sales and marketing, and will maintain a presence at major film festivals and markets.

Recently, Word Entertainment has continued to expand its reach and offerings in Christian entertainment beyond music and film, including by becoming the only Christian content company to have booking, live events and strategic partnerships divisions in-house. Through this division, Word launched The Son of God Tour 2014. This epic two-hour live event, a Word Entertainment collaboration with producer and actress Roma Downey’s (“Touched by an Angel,” “The Bible,” Son of God) and producer Mark Burnett‘s (“The Voice,” “Survivor,” “The Apprentice,” “Shark Tank,” “The Bible,” Son of God) company LightWorkers Media, visited 16 cities nationwide March 20-April 13. “The Bible: SON OF GOD Tour 2014” brought the epic miniseries “The Bible” and the 20th Century Fox feature film Son of God to life in sight and sound with immersive video and stunning visual effects paired with live, in-person performances by GRAMMY®-nominated artist Francesca Battistelli, Sidewalk Prophets, GRAMMY®-nominated artist Natalie Grant, Chris August, Meredith Andrews and Jason Gray. These award-winning artists performed their biggest radio hits alongside the chronological telling of the story of Christ in a one-of-a-kind concert event.