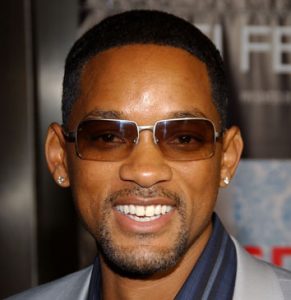 Will Smith is reportedly attached to a film project titled “Joe,” which is being described as a modern version of the Biblical story of Job.

“The Fighter” scribes Paul Tamasy and Eric Johnson have sold the project to Sony Pictures and Smith’s Overbrook Entertainment, according to Movie B.S. Speaking with the blog over the weekend, the scribes say they are in the middle of a rewrite right now and expect to turn in a new draft shortly.

Tamasy talks about the film’s plot, saying “It’s about a man [who is living] the American dream. He’s got the nice house, white picket fence, great kids, great wife, nice cars. God and the devil get together every thousand years to bet on a man’s life, and the fate of the world is at stake. What all of us get hit with in a lifetime, this man gets hit with in one week. And it’s about whether or not he can still pick himself up from that and survive it. It’s a dramedy. At its heart, it’s a comedy — but it’s got, obviously, a real dramatic core to it.”

The writers are also trying to get “Fighter” helmer David O. Russell to direct, but Russell has numerous other commitments right now.