With A-List Concert at the Paramount Theater 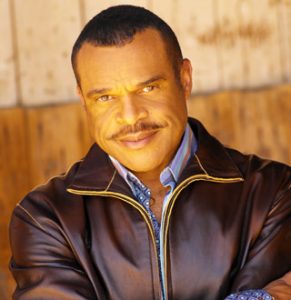 Oakland, CA — A who’s who of the gospel world is gathering to pay final respects to Grammy Award winning gospel legend, Bishop Walter Hawkins, who passed away July 11th after a two-year battle with pancreatic cancer.

On Tuesday, July 20th, some of the biggest names in gospel music will congregate at The Paramount Theater for a musical salute to Walter Hawkins who is known for his classic gospel songs such as “Goin’ Up Yonder,” “Marvelous,” and  “What is This?” The musical celebration is titled, The Man, the Music, The Ministry: A Musical Salute to Bishop Walter Hawkins.”

Making a special appearance will be Hawkins’ longtime vocal muse and former wife, Lady Tramaine Hawkins, whose dramatic vocals were featured on Walter Hawkins masterpieces such as “Changed,” “Goin’ Up Yonder,” and “He’s That Kind of Friend.”

The funeral will take place the following morning, Wednesday, July 21, 2010 @ 11:00 am at the Paramount Theater. Bishop Kenneth Moales (of Prayer Tabernacle Church of Love, Inc. in Bridgeport, CT) will officiate at the ceremony.

Instead of flowers, the family requests that donations be made to The Walter Hawkins Memorial Foundation. Cards, letters and donations may be mailed to: Love Center Ministries, 10440 International Blvd, Oakland, CA 94603.