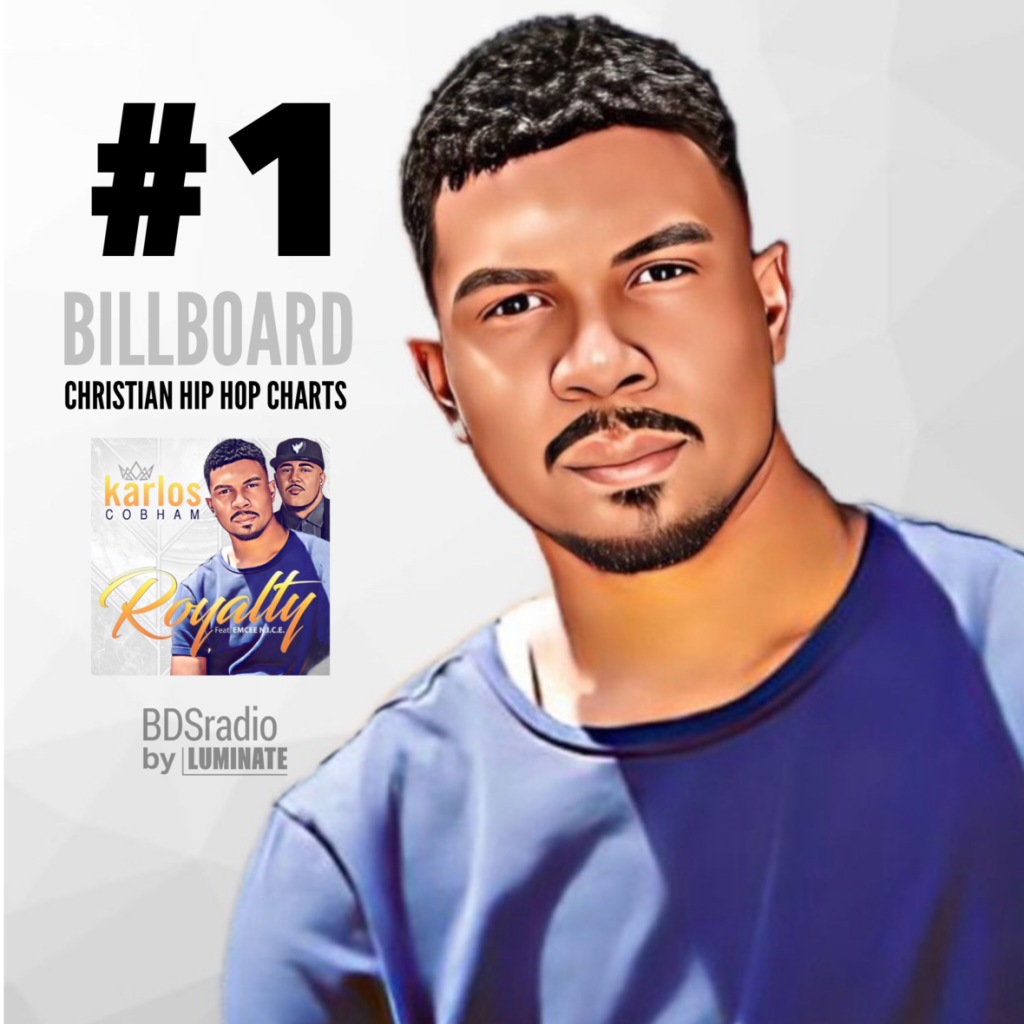 Cobham gives glory to God for this achievement and wishes to thank Vonzell “Vz” Washington, Right Way Management Group, GH3 Radio, Gospel Grind Radio and all the other stations internationally who have been playing this record.

This rhythmic bass bumping banger is all about identity and encourages us to be who God has called us to be. With catchy cadence and empowering lyrics, the artists underscore that we are made in His image and are kings and queens in His eyes, though we all battle with opinions, perspectives and our inner voice that may tell us contrary at times. “My sheep know my voice, I know them and they follow me.” As sheep of the shepherd King Jesus, we must adhere to His voice and His word. We are who we listen to, so why not listen to our creator who crowned us kings and queens in His Kingdom.

When we operate as royal priesthood, we walk set apart, in holiness, from darkness to light, to a people of His possession.

Born and raised in Barbados, Karlos Cobham is a recording artist, songwriter, and producer. He’s the CEO and flagship artist of his independently-owned record label, KWEST Records (pronounced Quest). Cobham forged a digital distribution deal with Nashville-based company United Alliance Music Group/Sony Music/The Orchard, led by industry veteran Paul Wright, III and recently partnered with Vonzell “VZ” Washington and Darian Harris CEO and President of Right Way Management Sound Group, which focuses on artist development, music production and artist management. For 35 years, “Vz” and Darian worked in all aspects of the industry and serve as CEO and President of Yarash Entertainment respectively, which focuses on entertainment management and production management.

The single “Royalty” features fire bars from Emcee N.I.C.E., a multiplatinum chart topping recording artist and producer. He has served as a producer, writer and recording artist, working with artists such as 2 Pac, Nas, A Lighter Shade of Brown, Aaron Hall, K-Ci Hailey, Doctor Fink, Al B. Sure, Melissa Molinaro, MC Lyte and Fred Hammond. He is currently starring in Da Jammies as “Novelist” that started on Netflix[1] now on amazon prime,[2] roku, xfinity, apple tv, cox.