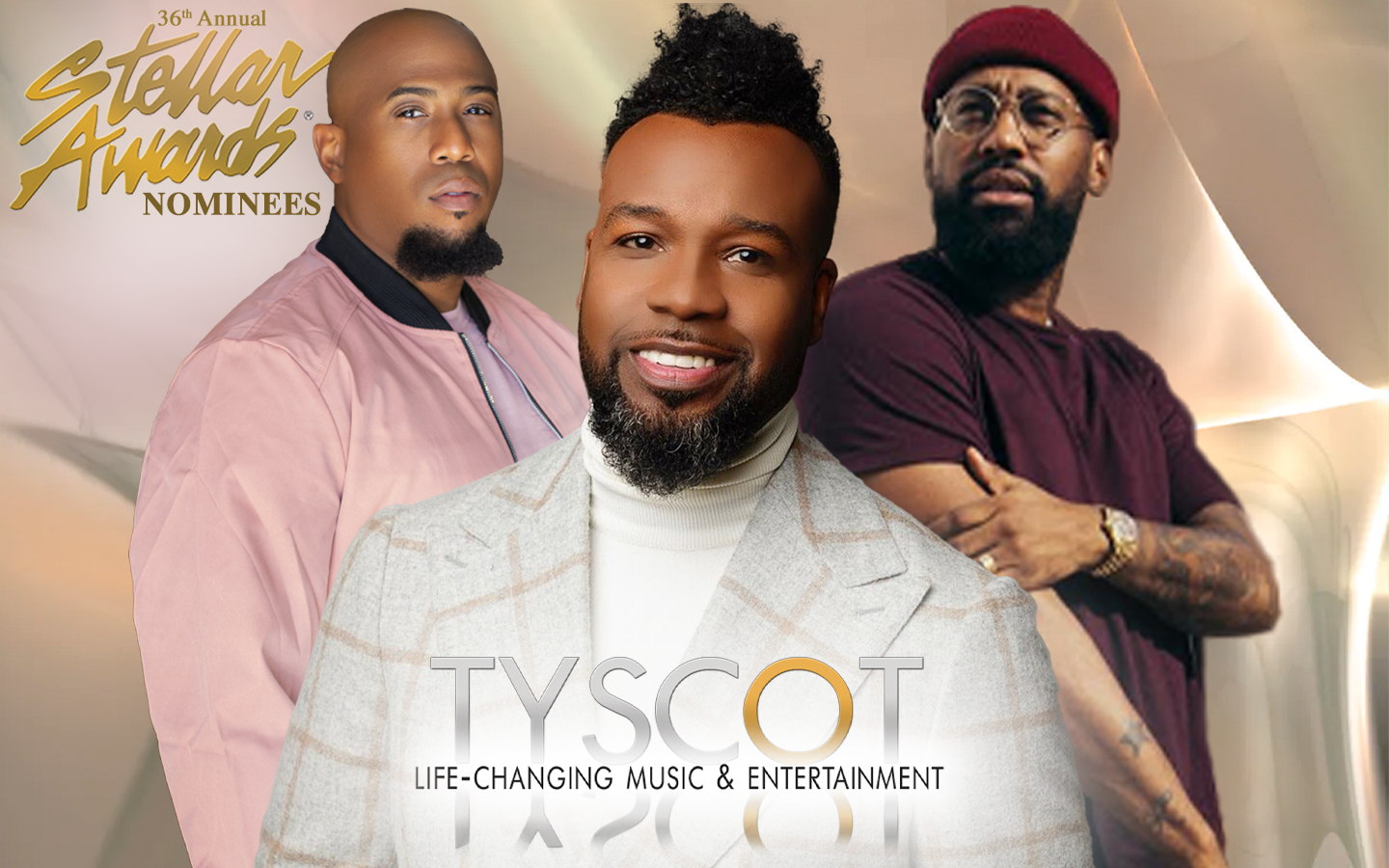 The nominees in the 36th annual Stellar Gospel Music Awards have been announced. Anthony Brown & group therAPy earned eight nominations. Their album, 2econd Wind: Ready (Key of A / Tyscot / FairTrade), pulled seven of them – including Album of the Year and Producer of the Year. The best-selling project features the Billboard No. 1 Gospel Airplay chart hits, “This Week” and “Blessings on Blessings.” The group’s digital EP, Stuck in the House: The Pandemic Project (Key of A/ Tyscot / FairTrade), which features their current Top 20 hit “Help,” snagged a nod for graphic designer, Brik Liam, in the category of Recorded Music Packaging of the Year.

R&B star PJ Morton’s all-star inspirational album, Gospel According to PJ (Morton Inspiration/ Tyscot), earned five nominations, including Special Event Album of the Year. The set’s Billboard Gospel Airplay No. 1 single, “All in His Plan,” which features Le’Andria Johnson and Mary Mary, earned a Song of the Year nomination.

Finally, VaShawn Mitchell locked down recognition for his first holiday album, Home for Christmas (V Man / Tyscot / FairTrade). The collection of songs includes the all-year round track, “He Got Up,” which is currently No. 11 on Billboard’s Gospel Airplay chart. The Stellar Gospel Music Awards ceremony will take place in Nashville, TN in the summer of 2021.

ARTIST OF THE YEAR

SONG OF THE YEAR

MALE ARTIST OF THE YEAR

PRODUCER OF THE YEAR

CONTEMPORARY DUO/CHORUS GROUP OF THE YEAR

TRADITIONAL DUO/CHORUS GROUP OF THE YEAR

The Clark Sisters – Gospel According to PJ

TRADITIONAL MALE ARTIST OF THE YEAR

TRADITIONAL FEMALE ARTIST OF THE YEAR

Kim Burrell – Gospel According to PJ

Le’Andria Johnson – Gospel According to PJ

CONTEMPORARY ALBUM OF THE YEAR

SPECIAL EVENT ALBUM OF THE YEAR

Gospel According to PJ – PJ Morton

RECORDED MUSIC PACKAGING OF THE YEAR

Stuck in the House: The Pandemic Project – Brik Liam