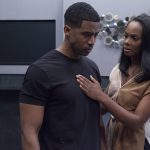 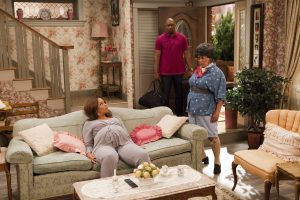 Fans of “The Haves and the Have Nots” will also get the chance to relive and catch up on all of the scandalous moments with their favorite characters during “The Haves and the Have Nots Binge-A-Thon” beginning with the very first episode Saturday, June 18 at 10 p.m. ET/PT, through Tuesday, June 21 at 9pm ET/PT, leading into the new season premiere.

OWN’s highest-rated series, “The Haves and the Have Nots” last season was primetime’s #1 original cable series among African-American women and total viewers.  “Love Thy Neighbor” is one of the top four series in network history across all key demos.

“The Haves and the Have Nots Binge-A-Thon” Cast Greeting:

“The Haves and the Have Nots” New Season Sizzle:

About “The Haves and the Have Nots”

In the new season of Tyler Perry’s hit soapy drama “The Haves And The Have Nots” the hunt is in full swing as Candace Young (Tika Sumpter), Jim Cryer (John Schneider), David Harrington (Peter Parros), Veronica Harrington (Angela Robinson), Katheryn Cryer (Renee Lawless) and Jeffery Harrington (Gavin Houston), are all on the run for the heinous crimes they have committed.  Hanna (Crystal Fox), the moral conscience, is also tested like never before when her daughter Candace’s (Tika Sumpter) latest hustle fails miserably.  Knocked down, but not dejected, Candace is more desperate than ever and sets her eye on a new man she hopes to entice with her irresistible feminine wiles.  Meanwhile, Katheryn Cryer shows her family and friends just how far she’ll go when someone crosses her and Jim and Veronica are rendered helpless as she unleashes her fury.

About “Love Thy Neighbor”

In the new season of Tyler Perry’s hit comedy “Love Thy Neighbor” Sam (Jonathan Chase) and Drew (Darmirra Brunson) are desperate to fix their broken relationship with their friend Danny (Andre Hall) and their lives take a zany and unexpected turn.  Meanwhile, in dramatic fashion, the gang helps Linda (Kendra C. Johnson) bring her new baby into the world and Mama Hattie (Patrice Lovely) saves the day when the infant is born in the most unlikely of places.

Both “The Haves and the Have Nots” and “Love Thy Neighbor” are created, written, directed and executive produced by Tyler Perry and is produced for OWN by Tyler Perry Studios.