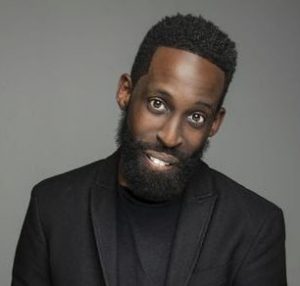 GMA’s President and Executive Director Jackie Patillo states: “I am delighted to welcome for KING & COUNTRY and Tye Tribbett to the Dove Award stage. Tye has made a tremendous impact in Gospel music throughout his career, and for KING & COUNTRY has earned immense critical praise and a huge following in the CCM world. Together, they are going to make this year’s show one of the best yet!”

Tribbett adds: “I can’t really explain how elated I am to be co-hosting the 47th Annual GMA Dove Awards this year! To be along side for KING & COUNTRY is a real dream come true! I cannot wait!”

The GMA Dove Awards celebrate the contributions of artists from every style of Christian/Gospel music. Nominees are determined by over 1,600 professional members, and winners will be voted on by the entire GMA membership of nearly 2,500.

In addition to Tribbett co-hosting the GMA Dove Awards his whirlwind year continues as he prepares to release his sixth album Bloody Win (Motown Gospel) later this year. His debut as host of the new BET inspirational series titled Joyful Noise premieres on Sunday, October 9 at 9a EST/8a CST on BET. Special guests for the upcoming season include Fred Hammond, Yolanda Adams, Fantasia, Kelly Price, and more.

Born in Camden, New Jersey, Tye Tribbett is the son of two preachers. Growing up surrounded by hymns and gospel music, Tye learned to make music at an early age. As a teenager, he honed his skills as a keyboardist by accompanying such regional notables as Steve Middleton and the Tri-State Mass Choir of the Edwin Hawkins Music & Arts Seminar. In 1996, Tye founded a gospel choir, Greater Anointing (G.A.), consisting of a group of friends whose hearts were set simply on praising the Creator through the gift of great music. G.A burst on the national stage when their song “Let Go, Let God” was featured on the soundtrack of Steven Spielburg’s hit animated feature film, “The Prince of Egypt”.

Tribbett and G.A. soon found themselves sharing the stage with such superstars as Gloria Estefan, LeAnn Rhimes, Elton John, Luther Vandross, and Stevie Wonder. An invitation from mega-producer David Foster to perform on stage at the annual City of Hope event at Universal Studios in Hollywood led to national tours singing backup for Faith Hill, Tim McGraw and Don Henley. G.A. ‘retired’ in 2009, allowing its members to pursue their personal goals and dreams.

To date, Tye has released five albums Life, Victory Live, Stand Out, Fresh, and Greater Than – with the latter four landing at #1 on Billboard’s Top Gospel Albums chart. He has sold over 1.1 million records worldwide in his career and has won two Grammy® Awards, four Stellar Gospel Music Awards, two GMA Dove Awards and a Soul Train Music Award. Tribbett is currently the host of BET’s Sunday morning inspirational series Joyful Noise and is slated to release his sixth album Bloody Win later this year.