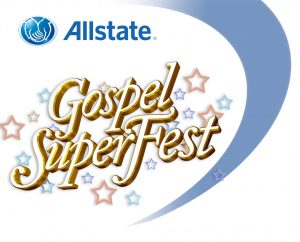 Unity Media Limited, which produces and distributes the world renowned Gospel Superfest Television series, is pleased to announce its broadcast agreement with the TV One Network to air the Allstate Gospel Superfest “A Holiday Special” for the 2016 holiday season.

The show is title-sponsored by Allstate Insurance Company.  The Allstate Gospel Superfest was founded and executive produced by Bobby Cartwright, Jr. and directed by Marie NeJame.  The two-hour presentation will debut on the TV One Network this coming November and air throughout the holiday season.