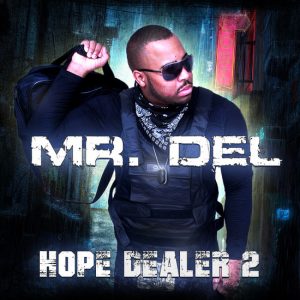 Mr. Del (Delmar Lawrence) is a pastor, author, producer and artist who has been releasing solo projects and developing Urban Gospel and Christian artists and groups for over ten years with his Holy South and Dedicated Music Group labels.   After a successful career in mainstream hardcore rap, the Memphis music mogul made the life changing move to Christian music.  Mr. Del raps and preaches an unsieved message of righteousness and hope through his non-traditional sermons and unfiltered hip hop music.

Mr. Del’s 2007 installment HOPE DEALER spawned the hits “Oh My God”, “U Can Do It 2” and a special guest feature from Grammy Award Winning Jazz great Kirk Whalum.  The innovator and Godfather of Christian Hip Hop and kingdom swag is dealing a second dose of HOPE.  HOPE DEALER 2 will drop on all digital music retail outlets on July 7.