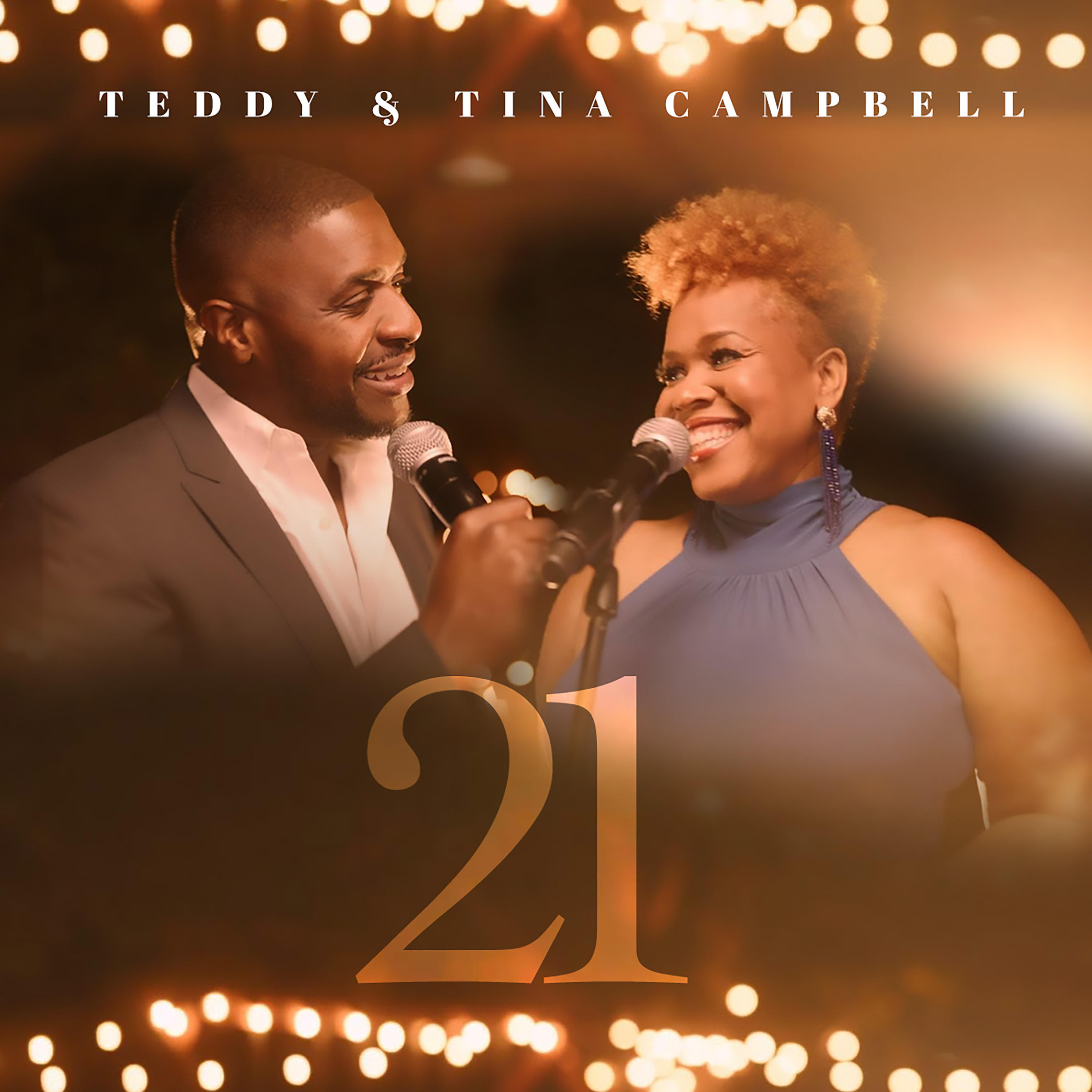 The couple’s marriage was a centerpiece of the WE tv series Mary Mary — co-created and produced by Tina — for 6 seasons, as millions of fans watched as the couple worked through challenges, found the grace to forgive, and came out the other side with an even stronger union. The pair’s follow-up web series 10 Minutes With Teddy and Tina continued to encourage and inspire countless viewers online.

“At times marriage is conflicting, hard, and seemingly pointless. At others, it’s blissful, fulfilling, and totally worth it,” the couple expressed. “A truly valuable and lasting love takes time to develop, so never let the immature, inconsistent emotions of your growing pains keep yours from becoming mature, priceless, and lasting. We didn’t, and that’s how we made it to 21.”

Teddy Campbell is a legendary drummer best known as the house drummer for 10 seasons of FOX’s hit series American Idol, as well as for the final 3 seasons of The Tonight Show with Jay Leno along with countless other tours, albums, TV shows, and movie scores and soundtracks to credit. Tina Campbell is a GRAMMY-nominated solo gospel artist, songwriter, author, speaker, and 1/2 of the internationally iconic, Platinum-selling, multi-GRAMMY and multi-award winning gospel duo Mary Mary.