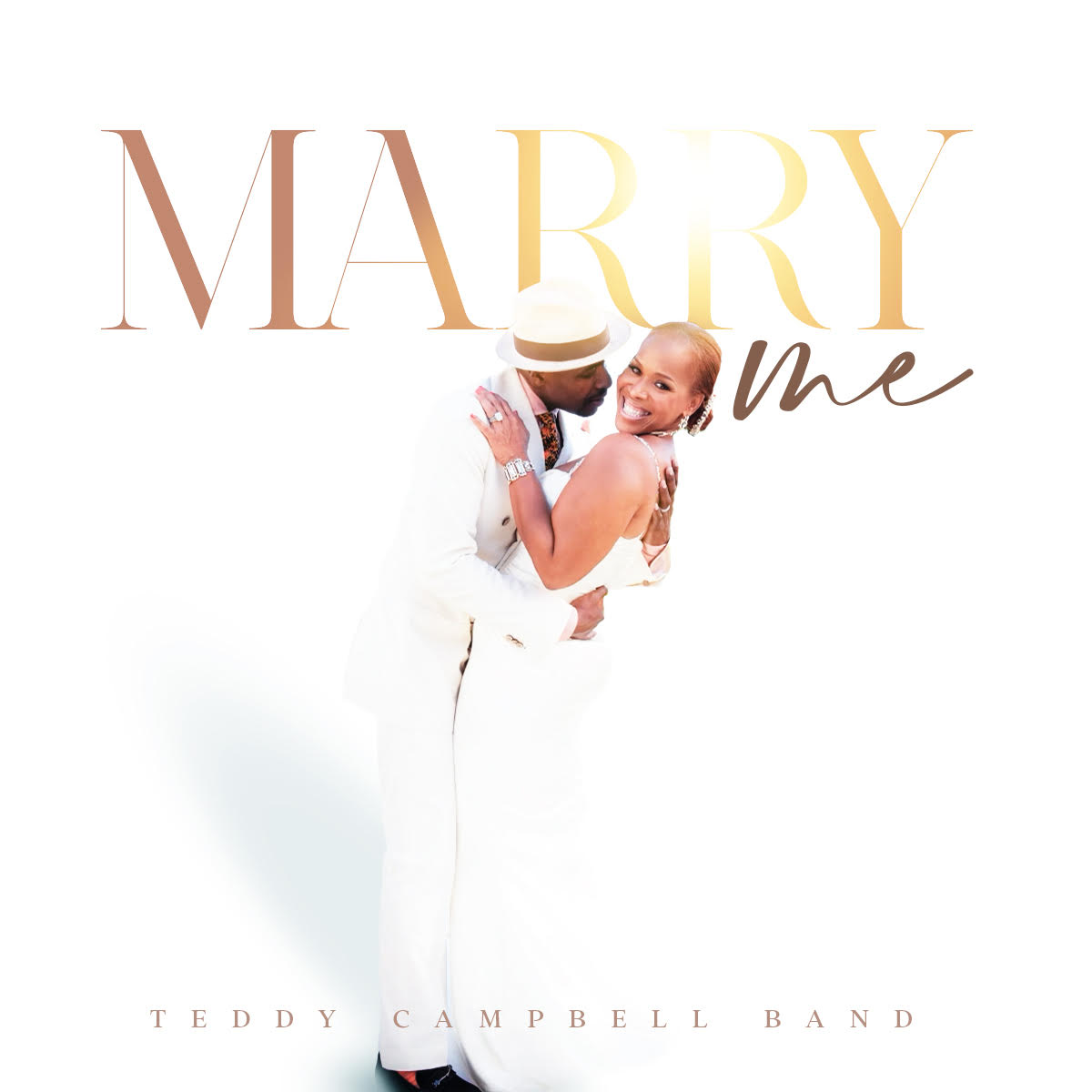 Music’s inspirational power couple, multi-GRAMMY winners Teddy and Tina Campbell, have announced that a new single and video from the Teddy Campbell Band,  “Marry Me,” will be released on October 22nd as a follow-up to the couple’s August anniversary anthem “21.” The single will be premiered a day early, on Thursday, October 21st, during an exclusive premiere on SiriusXM’s Praise in conversation with host Meta Washington. The video is set to premiere the same night via Teddy and Tina’s Facebook page and YouTube page and they are set for a Friday interview on Get Up! Mornings with Erica Campbell to discuss the release.

“Marry Me” was written by Teddy in 2012, and performed when the couple renewed their wedding vows in 2014. The video was shot in 2017, while Tina was working on a video shoot for her sophomore solo album It’s Still Personal (whose lead single “Too Hard Not To” was later nominated for a GRAMMY) while Teddy was filming his own video on the rooftop of the same facility. Initially Tina had just come up to watch and support her husband from the sidelines when the video’s creative director encouraged her to get on camera, where her husband proceeded to serenade her with the song in a moment of passionate improvisation.

“It was one-take, that was my real reaction in there. I’m in the video by accident and that’s what makes it all perfect.” Tina explains. “What we captured was the passion of him singing it from the depths of his inner being and me being fully mesmerized by him the whole time.”

When the couple released a collaborative single, “21,” in August as a celebration of their 21st wedding anniversary, the conversation around it reminded them of the song and video and inspired them to release “Marry Me” as a follow-up, continuing a celebration of their marriage and their family. Originally recorded by the Teddy Campbell Band, the couple are inviting the song into a larger context in conversation with “21” which celebrates the way love continues to inspire their music in moments both independent and collaborative.

Teddy Campbell is a legendary drummer best known as the house drummer for 10 seasons of FOX’s hit series American Idol, as well as for the final 3 seasons of The Tonight Show with Jay Leno band along with playing on countless other tours, albums, TV shows, and movie scores and soundtracks to credit. Tina Campbell is a GRAMMY-nominated solo gospel artist, songwriter, author, speaker, and 1/2 of the internationally iconic, Platinum-selling, multi-GRAMMY and multi-award winning gospel duo Mary Mary.

Pre-save “Marry Me” and stream it after its Friday release here. The music video will premiere Thursday evening at 11pm EST ahead of the single’s wide release on October 22nd- join the live video premiere tonight at Teddy and Tina’s Facebook or YouTube page.