Tauren Wells’ “Like You Love Me” Video Available Now 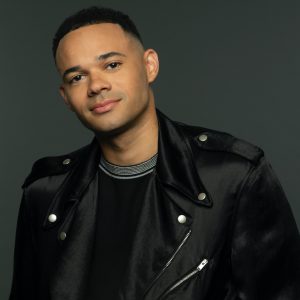 GRAMMY® and Billboard Award-nominated, and DOVE Award-winning, triple-threat artist Tauren Wells unveils the visual for “Like You Love Me,” the lead single from his sophomore album, Citizen of Heaven. Available for pre-order now, the full-length project will release everywhere music is sold and streamed on January 24, 2020. Three tracks from the new album can be streamed and purchased now: “Perfect Peace,” “Miracle” and “Close,” which features Steven Furtick of Elevation Worship.

Citizen of Heaven, the follow up to Wells’ solo debut Hills and Valleys, boasts several outstanding collaborations, including multi-Grammy® winner Kirk Franklin on “Millionaire (Good Like That)”; multi-CMA Award winning trio Rascal Flatts on “Until Grace”; spoken word intro from  Steven Furtick of Elevation Worship on “Close”;  and Jenn Johnson (of Bethel Music) on “Famous For (I Believe). Chuck Butler and Jordan Sapp co-produced 10 of the album’s 12 tracks, with additional production on the remaining songs by Rascal Flatts, Kirk Franklin, Max Stark, and Colby Wedgeworth.

Tauren Wells received a 62nd GRAMMY® nomination (his sixth) for his single “God’s Not Done with You,” which reached #2 on the Billboard Christian Airplay Chart. The 62nd GRAMMY Awards air Sunday, January 26th on CBS.