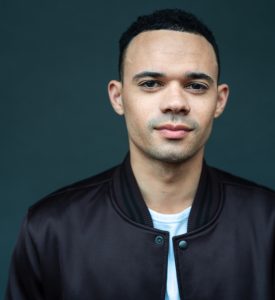 Provident/Sony Music recording artist Tauren Wells celebrates multiple nominations across different categories for the 49th Annual Dove Awards, announced this week. Tauren Wells leads the pack of artist nominees with seven nominations, including Song of the Year (“Hills & Valleys”) and New Artist of the Year. The Dove Awards will take place on October 16, 2018 in Nashville, TN at Lipscomb University and broadcast on TBN on Sunday, October 21, 2018.

The Dove Awards will take place on October 16, 2018 in Nashville, TN at Lipscomb University and broadcast on TBN on Sunday, October 21, 2018.  Voting for the final winners will run August 20 through August 27. Tickets for the show are available at www.doveawards.com.

ABOUT TAUREN WELLS
Tauren Wells is the former lead-singer for the Christian Pop/Rock band Royal Tailor, which produced two albums over a five-year career, garnering two Grammy nominations and a New Artist of the Year award from the Gospel Music Association Dove Awards. Tauren Wells, debuted Hills and Valleys in 2017, his first full-length solo project and the follow-up to his debut EP, 2016’s Undefeated. His hit single “Hills and Valleys” was one of the most streamed Christian songs of 2017, according to Spotify. Along with featuring Wells as the cover artist, Spotify also placed the song as the first track on their Top Christian Hits of 2017 playlist.

His single “Undefeated” served as the soundtrack for the internet-famous Dude Perfect’s “World Records Edition” episode on YouTube which, along with another Dude Perfect video featuring the No. 1 single “Love Is Action,” has garnered more than 129.3 million views combined. “Undefeated” is also licensed by Fox Sports and heard regionally during NBA coverage. Additionally, the music video for “Hills and Valleys” has had an astounding 22.2 million views to date. His latest music video, for “When We Pray,” is already close to two million views.

He and his wife of eight years, Lorna, are the proud parents to three boys, Kanaan, Lawson and Navy, who was just born in December. The family resides in Houston, Texas. In 2014, Wells, along with his wife, launched the Prisma Worship Arts School, a private music academy with multiple locations in the Houston area.