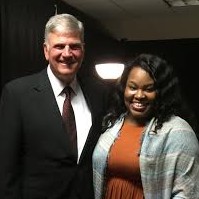 Tasha Cobbs’ new single “Jesus Saves” is a clarion call of faith, and this week is the #1 most added song at Gospel radio. The song, which was birthed out of Cobbs’ personal testimony, also landed at #1 on Billboard’s Gospel Digital Songs chart when it was released commercially a few weeks ago.

“Jesus Saves,” which is powerful in its clear and simple message, is the first single from Cobbs’ highly anticipated upcoming album ONE PLACE LIVE. Recorded at Redemption Church in Greenville, South Carolina, ONE PLACE LIVE features the dynamic praise and worship for which Cobbs is known. “I am a worshipper and a worship leader,” says Cobbs. “I will always sing songs that people can listen to anywhere and be comfortable singing and worshipping God.”

Tasha Cobbs is one of the breakout stars of the Gospel music industry. Her #1 national debut, GRACE, remains at the top of Billboard’s Gospel Albums chart two years after it was released. That album netted Cobbs a Grammy Award, three Dove Awards and three Stellar Gospel Music Awards. Cobbs encompasses everything that makes a Gospel artist influential and relevant both inside and outside the four walls of the church: purity of heart; a singular, God-focused passion for ministry; and an unwavering commitment to musical excellence.