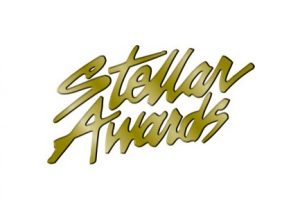 With so many changes happening within the Gospel Music Industry, this one doesn’t surprise me much. According to reports, the 2014 Stellar Awards will not take place in January; instead it’ll be on April 5th, 2014. Allegedly, the Stellar Awards will also be moving out of Nashville to a new location. If true, this will make the 8th city to host the Stellar Awards since 1985 when it started in Chicago, IL.

Every year people from all over the country look forward to what has been deemed as “Stellar Weekend”. So many other events happens during this weekend such as The BMI Luncheon, ASCAP Breakfast, Urban Soul Café & internet radio anniversaries  just to name a few.  The question arises, what’s going to happen to those events since everything has been linked for years around “Stellar Weekend”?

Sources say that an official announcement may not be made until later this year in relation to the alleged new location.

WHAT DO YOU THINK ABOUT THE NEW DATE AND ALLEGED NEW LOCATION?

About The Stellar Awards:

The Stellar Awards is the first Gospel Music Awards show in the U.S., honoring Gospel Music Artists, writers, and industry professionals for their contributions to the Gospel Music Industry. The Stellar Awards ranks high in status as the only Gospel Music television awards program syndicated in over 140 markets nationwide. Chicago based production company Central City Productions Inc.(CCP) spearheaded by founder, chairman & CEO Don Jackson, has produced the show since its conception in 1985.

The Stellar Awards was first taped in Chicago at the Arie Crown Theater and has been the premier gospel event. The show has featured performances by The Clark Sisters, Kirk Franklin, Da’ T.R.U.T.H, Tye Tribbett, Mary Mary, Heather Headley, CeCe Winans, Marvin Sapp, Yolanda Adams, Donnie McClurkin, Tamela Mann and many more. The show has been held at various venues across the United States in cities such as Atlanta, Chicago, Houston, Los Angeles, Nashville,and New York. The show is normally taped in mid-January and is broadcast on local and national TV stations such as ABC, FOX, and NBC.