Shawn McLemore’s CD release party was one to remember. The heartfelt expressions of respect from industry peers and executives, and the sweet sounds of one of Gospel’s anointed voices made this CD release party memorable.

McLemore’s new project “One Percent Miracle” was birthed out of his real life brush with death. Having suffered a heart attack, McLemore was starting to slip when his wife put oil on his hands, and the people interceding for him began praying. McLemore would eventually recover, and was back touring with James Fortune within a couple of months.

Shawn McLemore has several CDs but this one is by far his most anointed project ever. McLemore’s fame hit an all time high this year, standing out in the hit song “I Believe” that also featured James Fortune and Zacardi Cortez.

Shawn performed the lead single off the album “Any Minute Now,” and the crown erupted. What made this event so special was that it was Shawn McLemore’s birthday as well. No word on how old he is. =) 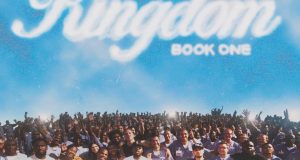