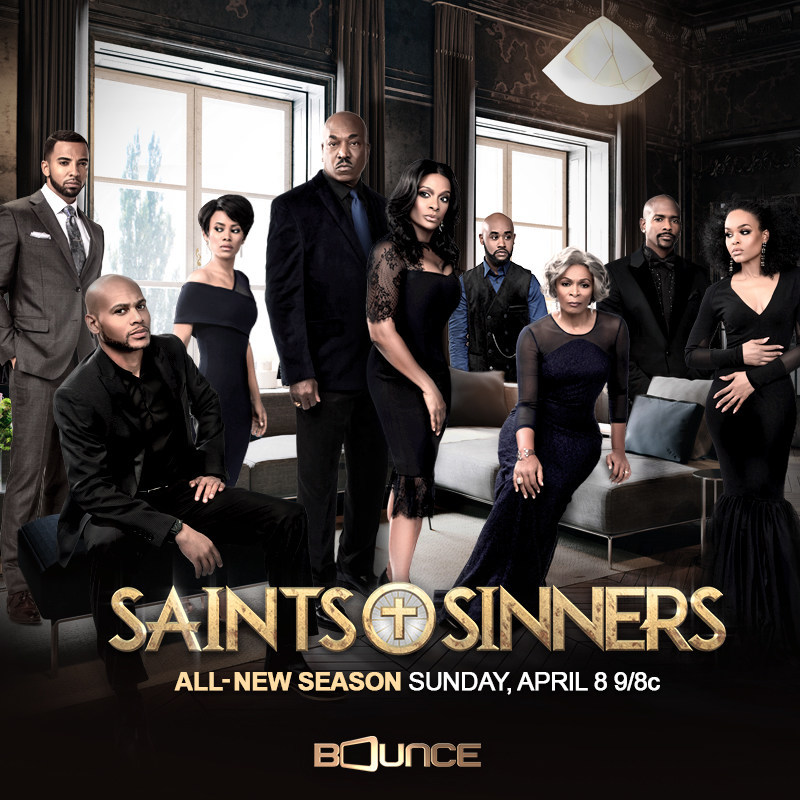 The much-anticipated third season of the hit drama series Saints & Sinners will debut on Bounce on Sunday, April 8, with new episodes premiering every Sunday night at 9:00 p.m. (ET/PT) through the season finale on May 27. Watch a season three sneak peek.

And all hell breaks loose in season three.

Bounce will air binge-viewing marathons of Saints & Sinners season one on Saturday, April 7 and season two on Sunday, April 8 with both marathons starting at 1:00 p.m. ET. Season one and two episodes of Saints & Sinners are available anytime at Brown Sugar, Bounce’s new subscription video-on-demand service which is accessible on Amazon Channels, Amazon Fire TV, Amazon Kindle, Apple TV, Roku, Android and Apple smartphones and tablets and web browsers via BrownSugar.com.

The second season of Saints & Sinners was seen by nearly 8.4 million unduplicated viewers and 5.7 million households across all airings on Bounce. Saints & Sinners is produced in partnership with Swirl Films.

Bounce (@BounceTV) airs on the broadcast signals of local television stations and corresponding cable carriage, and features a programming mix of original and off-network series, theatrical motion pictures, specials, live sports, and more. Bounce has grown to be available in more than 99 million homes across the United States and 95% of all African-American (AA) television homes, including all the top AA television markets. Bounce is part of The E.W. Scripps Company (NYSE: SSP).