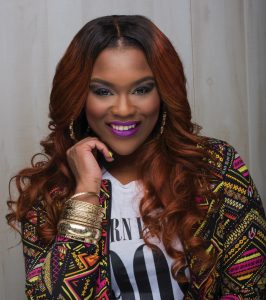 The dynamic 25-year old vocalist and rising gospel star, Ruth La’Ontra, is invading radio airwaves with her triumphant new radio single, “Kingdom.” The rousing song of faith and unity reaches the Top 20 this week and has been released to digital service providers such as iTunes, Google Play and Amazon Music, as well as, to the Apple Music and Spotify streaming sites. Visit http://smarturl.it/mh4gpa for page links.

“Kingdom” anchors La’Ontra’s highly-anticipated, “I Got You,” sophomore album, which will release on September 22nd. The set was crafted by Grammy® Award nominated producers, Anthony Brown (of Anthony Brown & group therAPy) and Justin Savage. “Ruth La’Ontra is such an incredible talent. From the first time I heard her sing, I knew I wanted to work with her,” says Brown. “`Kingdom’ is just the beginning. There’s so much more ahead for this young lady.”

La’Ontra has been singing since her childhood. After graduating from high school, she launched her professional singing career with her brilliant debut project, “So Good” (Tyscot Records), which won her a Stellar Gospel Music Award nomination as New Artist of the Year in 2014. The radio single, “Count It All Joy,” peaked at No. 25 on the Billboard Gospel Airplay chart and the spiritual love song, “I’m In Love With This Man,” was featured in the film, “Iniquity.”