R&B Superstar Mary J. Blige Talks Being a Born Again Christian and Staying in ‘The Word’ 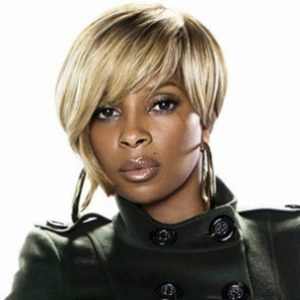 It’s no secret that Grammy award-winning R&B superstar Mary J. Blige has a troubled past fueled by drug addiction, domestic abuse and alcoholism. However, unlike many others in her situation, Mary was able to kick her habits by finding God and staying in “The Word”. She recently had an interview with The Hollywood Reporter where she discusses her recovery and how she is now a born-again Christian. Read excerpts from that interview as she talks about that trivial time in her life, and how the death of music icon Whitney Houston affected her.

I would say this to those people: I’m not God. God said not to judge anyone lest you be judged. That’s it. Who am I to point my finger? You’ve got to walk in love. To say you do not want people to be happy is so mean, so not me.

On being high during the Grammys in 1995

Back then? Shoot. When I got that Grammy (Best Rap Performance by a Duo or Group) I was high. Not at the Grammys I don’t think. But I was drinking like a crazy person. Still sniffing cocaine going in…

On never receiving formal help for her recovery

What I did was I chose to learn how to drink socially and it didn’t work. The test comes when you have to decide whether you’re drinking to be social or drinking to cover up something again. To cover up depression. To cover up guilt. Shame. Abandonment. All of that, man. Once I realized, “There you go again,” I had to stop. Whitney Houston’s death really affected me. Her death is another reason I stopped. I really do think I’m done. I looked at how that woman could not perform anymore.

I don’t know why. But I didn’t want to go to rehab. I believe that anything man himself can do for me, God can do for me in a greater way. I decided to pray and to seek God on my own. I just stayed in The Word. And it worked.

On her past flowing through her future

That’s it. Life. You start from day one. And [the molestation] we spoke about earlier—when I was 5 years old. That dark moment. That one dark moment. It only happened once, but after that there was so much else in my childhood that happened. So many dark moments—which all added up and that’s what sprung on the drug addiction, trying to numb it all with the drugs. The depression. The lack of love for myself. The lack of people loving you around you. The abandonment issues. Daddy not being there all the time. Mommy not knowing how to handle it all. Although she loves you, she abandons you at some point too. I’m not saying that to be down on my mom. She was just a cursed woman as well. There have been so many other dark moments that I can’t even talk about. I have given the world so much and even in the middle of all that stuff there has been so much shit going on. It was all those tributaries that gave me such deep soul. But it is those same things that now have taught me how to be strong. In the past those were the same things that were killing me. But I made it out. I made it out.

You have to move forward. If Betty had not moved forward, Malcolm X would have died and that would have been it. I didn’t even realize that she and Coretta had been friends. Women never get a chance to have their stories told when there are important men involved. That’s what drew me to the part.