Rance Allen Gets Nominated To Become Bishop In Chruch Of God In Christ (C.O.G.I.C.) Denomination 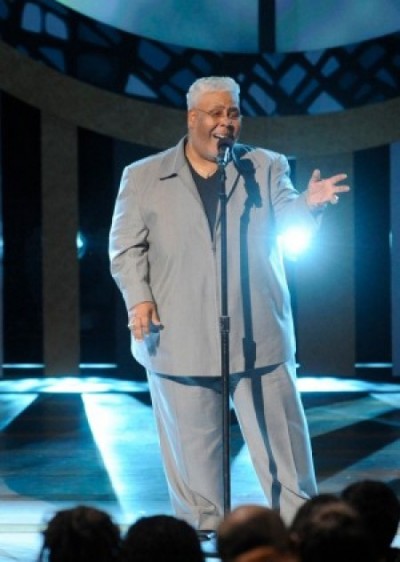 The legendary Grammy Award nominated gospel singer and pastor of Toledo, Ohio’s New Bethel Church (COGIC), Dr. Rance Allen, has been nominated and approved by to the General Board of the Church of God in Christ (COGIC) to succeed the late Bishop Alfred D. Knight, Jr. as the Jurisdictional Prelate of the Michigan Northwestern Harvest Jurisdiction.  Following Episcopal Training at COGIC Headquarters in Memphis, TN in October 2011, Dr. Allen will be consecrated as Bishop of the 104th Holy Convocation in St. Louis, Missouri on November 7, 2011.

It’s been a year of milestones for Dr. Allen as his groundbreaking group, The Rance Allen Group, marked its 40th anniversary with the Top 10 CD/DVD, “The Live Experience II: Celebrating 40 Years of Music and Ministry” (Tyscot Records). Outside of including two medleys of their past hits, the new eleven-song set was recorded live at Detroit’s Greater Grace Temple. It’s comprised of future classics such as the first radio single, “You That I Trust,” and “Angel.” Making cameo appearances on this musical merry-go-round are Gospel’s First Lady, Shirley Caesar; veteran gospel star Vanessa Bell Armstrong; and The Christianaires’ Paul Porter. The new radio single, “Holy One,” a praise and worship ballad, is currently making its way up the gospel radio airplay charts.

The Rance Allen Group was born in their grandfather’s Monroe, MI church in the 1960s. They began recording for Stax Records in 1971 where they made a string of gritty, R&B-flavored gospel and message songs for the Gospel Truth imprint. They toured with the big R&B artists of the day such as Isaac Hayes and Barry White, and literally took the gospel to the world. From there, the group recorded for a variety of labels and scored their first #1 gospel album in 1991 with the “Phenomenon” CD that featured the crossover R&B smash, “Miracle Worker.” Allen closed out the 1990s performing in a variety of gospel-oriented touring play productions but the group signed with Tyscot Records in 2002 and kicked off a new string of hits such as “Do Your Will,” “Closest Friend,” “For Your Feet,” and the Kirk Franklin duet, “Something About The Name Jesus.” Visit www.tyscot.com or www.theranceallengroup.com for more information.