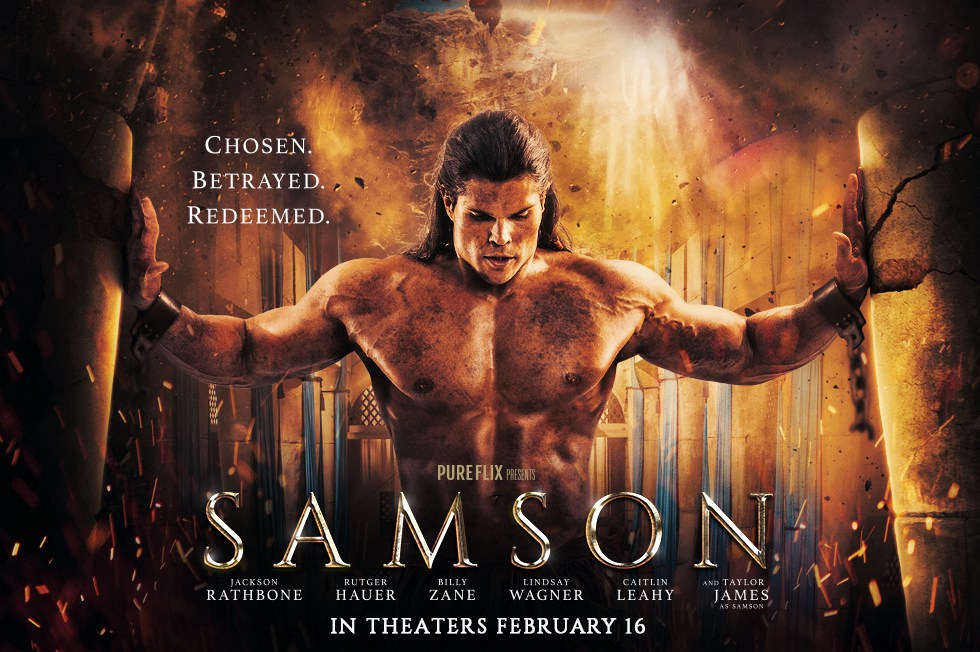 Samson’s journey of passion, betrayal, and redemption inspires audiences to realize that life’s failures need not define their future.

“For anyone who ever wondered if they really could do what God called them to do, this film is for them,” Pure Flix CEO Michael Scott said.

SAMSON is based on the powerful, biblical epic of a champion chosen by God to deliver Israel. His supernatural strength and impulsive decisions quickly pit him against the oppressive Philistine empire. After being betrayed by a wicked prince and a beautiful temptress, Samson is captured and blinded by his enemies. Samson calls upon his God once more for supernatural strength and turns imprisonment and blindness into final victory.

SAMSON was filmed on location in South Africa, and is a production of Pure Flix, producer of GOD’S NOT DEAD, the leading faith film of 2014.

“Most people know that Samson had long hair, Delilah cut it off, and that he lost his strength,” Director Bruce Macdonald said. “But there’s so much more. Samson was an unwilling hero, and his journey to regain his faith—the whole story—Is relevant in 2017.”