Home / Artists / Popular Inspirational Saxophonist Richard D’Abreu Celebrates African American Heritage with the Release of Classic Hymn, “By and By” 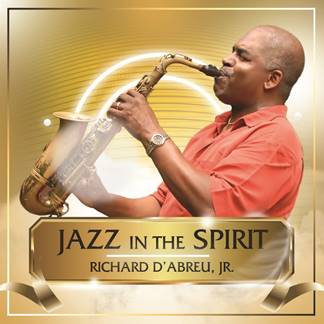 Gospel Jazz Aficionado Richard D’Abreu, Jr. has been a lover of hymns since his time as a member of the renowned, Brooklyn-based Concord Baptist Church, led by the famed preacher, Rev. Dr. Gardner C. Taylor. Since that time, he’s merged his passion for sacred music and his talent for jazz to create a unique style dubbed “Gospel Jazz.” The improvisational collaboration of the two is showcased on Richard’s debut release, Jazz In The Spirit. Featured on the 14-track recording, which was released on Juneteenth in 2020, is D’Abreu’s tasteful rendition of the hymn, “By and By.” Jazz In The Spirit project is currently available on iTunes, Apple Music, Spotify and all other digital music outlets.

Recognized as one of the most popular hymns penned by Rev. Dr. Charles Albert Tindley, “By and By” has been a staple in the repertoire of the Black church. Richard took the classic and added some swing, giving it a festive and jazzy feel. D’Abreu says, “‘By and By,’ although penned by Tindley way back in 1905, still speaks to me today in 2021, and has been my favorite hymn since my ‘teenage mid-life crisis’ at 17. That year, when I experienced the ignominy and pain of failing out of Brown University, I found comfort in the words of this old hymn I had heard growing up in Concord Baptist Church. It was an invaluable help through the process of finding my way back to Brown, to my true calling in music, and to my girlfriend – and later wife – so I pray that it helps others as well. This instrumental version was my 3rd arrangement – started at 19 – in which I sought to honor the legacy and vocabulary of the ‘straight ahead’ sound while echoing this still-powerful message for modern times.”

“By and By” is just one of the jewels on D’Abreu’s release. Gospel Jazz programs have been playing other tunes like “Look and Live” and “Only Want to Serve You.” The uplifting collection of music also includes tracks like the moving “23rd Psalm,” the groove-laden “Light of the World” and the celebratory “Count Your Blessings.” He’s received rave reviews on the new music from media outlets like Soul Tracks and Richmond Magazine and been featured in programs such as Babbie’s House and Atlanta Live.

A musician’s musician, D’Abreu has been a student of music his entire life. Listening to his father’s jazz records of greats like saxophonists Cannonball Adderley and Sonny Rollins was an education unto itself. He received his formal education from two of the finest institutions: Brown University, where he received his Bachelor’s degree in Music, specializing in Ethnomusicology, and Berklee College of Music, where he graduated with a Professional Diploma in Professional Music, specializing in Saxophone Performance and Songwriting. During his time as a music student and his seven international tours, he’s shared the stage with greats such as Max Roach, James Taylor, Patti LaBelle, Natalie Cole and Bishop T.D. Jakes.

Showcasing impressive talents on the keyboard and saxophone, this vocalist, songwriter, arranger and producer currently serves as Minister of Music at Richmond, VA’s Fourth Baptist Church. In addition to his numerous musical roles, he is also the CEO of RD3 Music, a music publishing, performance and production company and the head of Jazz In The Spirit, a music ministry focused on bringing the genre of Gospel Jazz to the forefront.