Pastor Tased At Church After Firing Minister Of Music 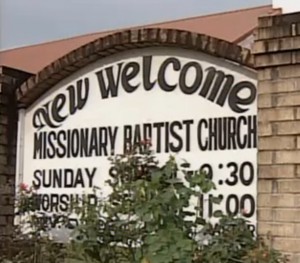 A man gets tased followed by a woman getting stabbed sounds like the plot of a scene in an action movie. One would never think those words could be used to recollect Sunday’s church service.

The fight ensued immediately after Sunday’s service, when Rev. Riley informed Moore that his services will no longer be needed at the church. Then, Riley gave Moore his final check. That’s when authorities say an upset Moore tased Riley.

Next, Hunt pulled out his pocket knife and began to stab Agolia, who received 19 stitches from the attack. Finally, an all out free-for-all ensued; leaving six people hospitalized. They have all been released since the incident.

**Check out the video below**