Oxygen Media and AMC Theatres to Host Advance Screening for Season 2 Premiere of “Preachers of L.A.” 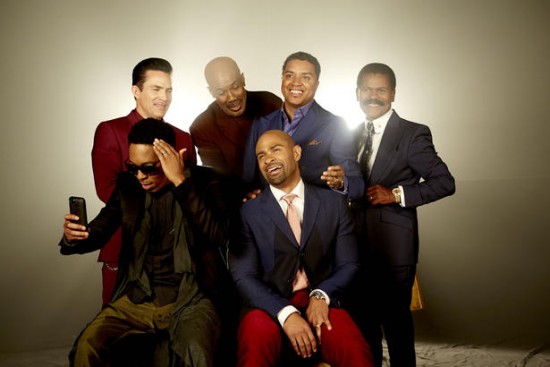 “Preachers of L.A.” is full of self-discovery and change with growing families and ministries, incredible women of strength beside the preachers, and ever-changing relationships. On the season premiere, the preachers meet at Bishop Jones home to begin planning an outreach event that will positively impact the community of Los Angeles. Sparks fly when Pastor Jay confronts Deitrick about Dominique’s hidden pregnancy during their wedding. Bishop Ron clashes with Bishop Noel about Loretta’s involvement in the event and their relationship status. Meanwhile, Loretta herself faces off with First Lady LaVette at Dominique’s Sip N See. Will the preachers be able to put their differences aside and come together to plan this impactful event?

In addition, Oxygen will air four “Preachers of L.A.” after-show specials beginning Wednesday, August 27 at 11 PM ET/PT. Hosted by network personality Susie Castillo and relationship expert Paul Brunson, the cast will open up about love, relationships, faith, family, and compromise as they go in-depth on some of the most talked-about controversial topics of the season. Oxygen invites fans to ask the preachers questions via Twitter or Instagram video throughout season two and throughout the after-shows. Questions with hashtag #AskAPreacher will be pulled into a dedicated section on Oxygen.com (http://www.oxygen.com/shows/preachers-of-la), where fans may read submitted questions, submit their own, and watch videos of the preachers’ answers. Some questions from fans will air on TV during Oxygen’s “Preachers of L.A.” after-shows.

The “Preachers of L.A.” screening is free and open to the public. Fans can RSVP by visiting http://www.preachersoflatour.com/ and select the “RSVP NOW” button to choose a city and reserve seats. Seating will be on a first come, first served basis.