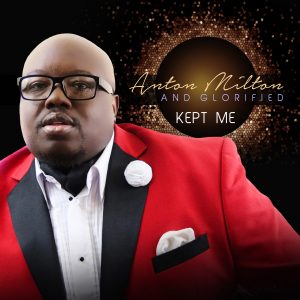 Anton Milton’s and Glorified,  a new artist sets to release his new sing “Kept Me”. In 2014, Anton Milton & Glorified scored an impressive radio hit with their single, “I’m On My Way,” which ended that year as a Top 5 song on Radio One affiliate, Praise 103.9, in Philadelphia, one of Gospel music’s leading and most influential markets. Following that success, the dynamic praise and worship collective is now primed for the release of their newest single, “Kept Me,” slated to impact radio stations across the country this Spring.
His musical journey has long been promising, but has never been predictable. While it’s true that, like many of the Gospel and mainstream musical greats, Milton’s passion and proficiency for music was birthed in the church, and also that he began showing signs of ability and leadership at a very tender age, what is not so common is that he did so, from his perch behind the drums, rather than from the more expected positions on the keys or in front of the choir.  Milton, a South Carolina native, began playing drums at five years old. While playing the drums, and wowing the congregations as a wunderkind drummer, he began discovering his voice and passion for singing. Shortly thereafter, he combined his gifts and began teaching songs, leading praise and worship, and directing the choir, all from the very untraditional position behind his drum kit. Eventually, he did join his church’s youth choir, and his family choir, all in pursuit of honing his newfound love for singing, and has actively been perfecting his craft(s), ever since.
Citing contemporary Gospel Greats such as Fred Hammond, John P. Kee, Tye Tribbett, and Kirk Franklin as inspirations, Milton was also particularly inspired upon hearing Israel Houghton’s “To Worship You I Live.” So much so, that it prompted him to begin writing his own songs and unearthed yet another gifting as an anointed and prolific songwriter.
In 2007, Milton combined all of his gifts and passions and began hand-picking singers to help him deliver the fresh sound that God was birthing through him.  Since their inception, Anton Milton and Glorified has shared the stage with many of their esteemed contemporaries, such as Jonathan Nelson & Purpose, Jason Nelson, label mate Jekalyn Carr, and JJ Hairston & Youthful Praise with a sound and presentation all their own.
Signed to burgeoning Gospel label, Lunjeal Music Group, Anton Milton & Glorified are poised for national recognition and acclaim, and to take their rightful place as one of the leading Gospel ensembles of this generation. In preparation for this next season, Milton humbly states “Worship is inevitable to the heart and life of a true worshipper. I honor the Lord for enlarging my territory to embrace and cultivate the spirit of Praise & Worship. I love the pureness and richness that flows through my sisters’ and brothers’ worship. I look forward to the day when we can share it with a broader audience, and I trust and sense that that time shall soon come, in Jesus’ name.” 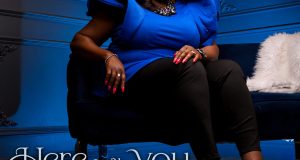 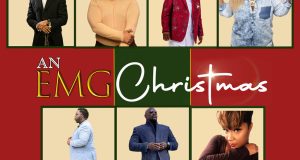