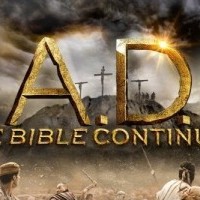 Faith Driven Consumer™, the consumer advocacy organization representing 41 million Christian consumers who spend $2 trillion annually, has earned wide recognition for rating the faith compatibility of Hollywood films and other entertainment offerings, measuring how they will resonate with faith-driven audiences, and predicting performance. The group’sFaith-Friendly Film Review system serves as a key resource for consumers and the media to evaluate entertainment choices.

Today, Faith Driven Consumer (FDC) is announcing a rating of 4.5 out of 5 stars for NBC’s prime time miniseries A.D. The Bible Continues, which details the events recorded in the four Gospels and the Book of Acts. FDC has not reviewed the entire series—only Episode One—but was given access to detailed materials that give the reviewers confidence the final product will be consistent with the initial offering.

“We believe A.D. is going to be a mega-hit; it has the potential to be the most successful faith-based TV franchise in history. Like the celebrated box office blockbuster THE PASSION OF THE CHRIST a decade ago, A.D. combines one of history’s greatest stories with superb writing and excellent production values.

“We’ve watched Hollywood struggle to reach the coveted faith audience with projects like NOAH and EXODUS that failed to resonate, and maintained all along that the ‘magic formula’ to reach us is straightforward—tell the story in a way that is consistent with the biblical narrative and message and give it the highest production value possible. A.D. will prove this point, and NBC will reap the rewards for respecting the audience and getting it right.

“We also believe that this series will resonate with non-faith audiences. The story is so gripping and compelling that people of all backgrounds will want to tune in just to see what happens next.”