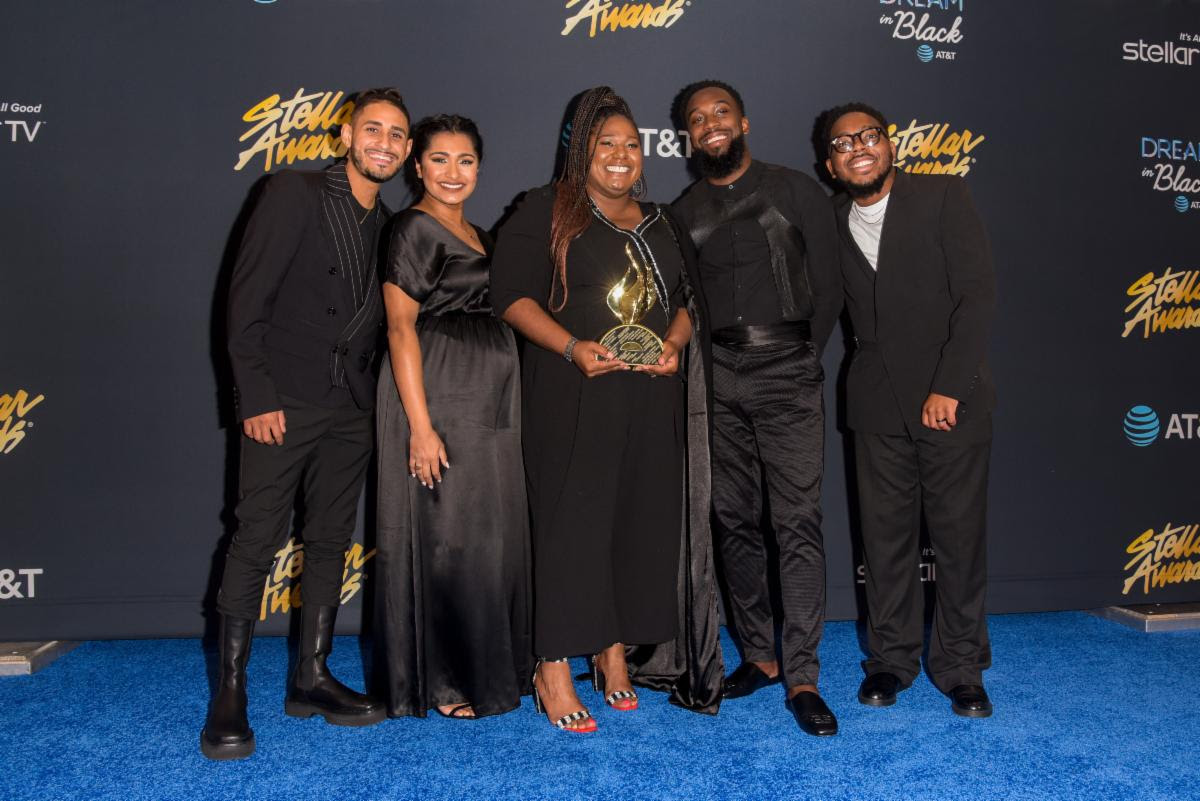 Congratulations to Maverick City Music, who took home New Artist Of The Year and Album Of The Year at the 2021 Stellar Awards for the 2020 release of Maverick City Vol. 3 Part 1. Between Maverick City Music and all of its artists, the Billboard No.1 collective garnered 11 Stellar Award nominations. The gospel event of the year, the 36th Annual Stellar Gospel Music Awards, will air on BET on Sunday, August 1st, at 8 pm ET / 5 pm PT. Gospel legend Tye Tribbett and multiple Stellar Award winner Jekalyn Carr will host the highly-anticipated event, which will feature inspirational performances from the genre’s most celebrated artists.

Maverick City Music recently made headlines with their newest release Old Church Basement, a collab album with Elevation Worship, which broke streaming records at both Apple Music and Spotify. On Apple Music, the group set a new worldwide record for the most first-day streams for a Christian and Gospel album, and on Spotify, the album broke the U.S. record for the most streams in a day for an album by a Christian group and was No. 4 out of all U.S. albums its first weekend of release. Old Church Basement was released April 30 and is a powerful collection that aims to bring listeners back to a pure place of worship and features vocals from Chandler Moore, Brandon Lake, Naomi Raine, Chris Brown, Dante Bowe, Tiffany Hudson, Joe L Barnes, and Amanda Lindsey Cook.

This upcoming fall, Maverick City Music will embark on its first-ever tour and the shows will feature electrifying performances with collective members Dante Bowe, Chandler Moore, Naomi Raine, Joe L. Barnes, Aaron Moses and special guests, including Lecrae, on certain dates. The group recently added 13 more tour dates after selling out their original 11. The new dates are set in even larger venues, including the Barclays Center in NYC and TD Garden in Boston. Learn more about the tour and tickets: https://tourlink.to/maverickcitytour

About the Stellar Awards

The Stellar Gospel Music Awards show is Executive Produced by Don Jackson, with Jennifer J. Jackson serving as Executive in Charge of Production and Producer. Michael A. Johnson will produce and direct this year’s award show. The Stellar Awards recognizes the year’s best performances in the gospel music genre, honors gospel music icons, and acknowledges the accomplishments of individuals instrumental in advocating for the gospel music industry.