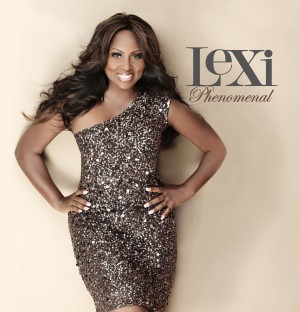 Today, Malaco Records announced that they will release a new album from inspirational recording artist and popular television personality Lexi entitled Phenomenal on September 4, 2012.  “Burn It All Down,” the CD’s first single has already reached #18 on the Billboard hot Gospel songs and #14 on the Mediabase Gospel music charts.  Phenomenal marks the fifth studio album for Lexi, who also hosts a hit TV program, The Lexi Show, on The Word Network.

Born Alexis Allen, Lexi grew up singing in her grandfather’s church and got her start in show business over 10 years ago as a backup singer for legendary artists such as Fred Hammond, Vanessa Bell Armstrong and the late, Gerald Levert.  Her talent quickly captured the attention of champion boxer Evander Holyfield, who signed her to his record label, Real Deal Records.  Lexi released three successful projects while on Real Deal, Lexi & That’s the Way It Is, the Stellar Award nominated A Praise in the Valley and What Heaven Hears.

In 2006, Lexi partnered with The Word Network to host her own talk show where she has interviewed a bevy of world respected ministers and superstars of R&B, Gospel music, television & film.  More recently, Lexi also took on the role of entertainment correspondent for the syndicated radio broadcast, The Yolanda Adams Morning Show, which is heard across the U.S.   In addition, she has been seen acting in the Christian stage plays, A Good Man is Hard to Find and Listen to Your Woman.

Now Lexi is back with Phenomenal and prays that songs such as “Burn It All Down,” “None Like You” and It’s You” will take listeners on journey of inspiration, love and faith.  She offers, “I picked songs that applied to where I am now.  The album really gets back to the basics. The songs talk about God and about getting back to what’s important and what’s important is Him. My songs point towards Him.”