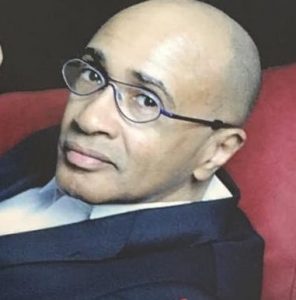 Dr. Leo Davis is a renowned and well respected musician, choral conductor, workshop clinician and choir master. The wisdom derived from Davis’ four decades of service in church music have been chronicled in his first book No Gimmicks, Relevancy, Commitment and Excellence in Worship Ministry, released in July.

Growing up in the Gospel Music Capital of the world, Chicago Illinois and reared in the fear and admonition of the Bible, Davis would foster a great love and appreciation of music from watching his dad, Leo Davis, Sr., a masterful musician and music director in his own right.   The younger Davis would eventually end up following in his father’s footsteps and at the age of 15, he accepted his first position as organist at the church where the elder Davis served as Director of Music.  While pursuing his studies at the Chicago Conservatory of Music, Davis became acquainted with Dr. Charles Clency, founder of the Voices of Melody and former accompanist to the Queen of Gospel, Mahalia Jackson.  Clency would serve as Davis’ first organ professor and choral instructor.  Through steps ordered by God, Davis would go on to serve in music ministry as a member of the famed Moses Hogan Singers and at churches throughout the country forming lasting friendships and challenging and instructing singers and musicians to skillful and exemplary service in the house of the Lord.  His dedication and work ethic would  eventually lead him to a 25 year association as Minister of Music at the Mississippi Boulevard Christian Church in the heart of Memphis, Tennessee.

While autobiographical in scope, No Gimmicks also provides invaluable life lessons and serves as a leadership manual to individuals on the front lines in church worship and music ministry as well as committed Christians in various ministry areas.  Davis is intentional in providing straightforward and practical insight in knowing your calling, pursuing your calling with passion and honoring God in the process.  Davis gives in depth definition and clarity to pastor and musician relationships, worship planning and evolution and maintaining relevancy. Davis calls upon the expertise of several respected ministry gifts to share from their knowledge base including Steven Ford, Roy Cotton, Trent Phillips and Cedric Thompson.

Leo Davis began the summer traveling across the Midwest in promotion of the book ‘s release and is available for workshops and seminars.