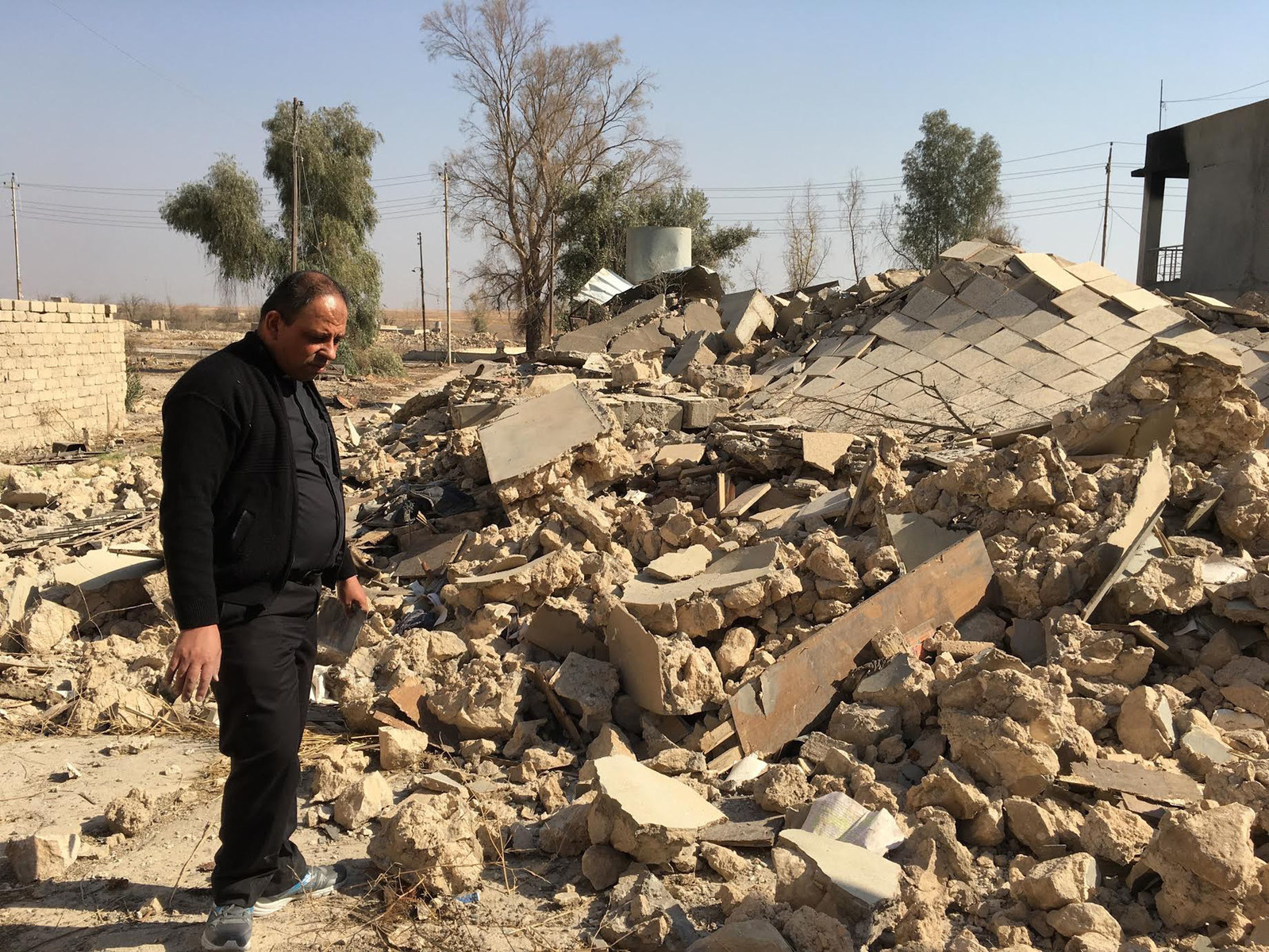 A Catholic church ruined by ISIS in Karamdes, Iraq, is examined by a priest following the predominately Christian town’s liberation.

In a move that will give many Christians and other religious minorities in Iraq hope for the future, the Knights of Columbus will raise and donate $2 million to save Karamdes (Karemlash), a predominantly Christian town on the Nineveh Plain which was liberated from ISIS late last year.

The Knights’ action will move hundreds of families from minority religious communities in Iraq – especially Christians – back to the homes from which they were evicted by ISIS in summer, 2014.

The Knights’ action matches a similar donation by the government of Hungary, which recently donated $2 million to save another predominately Christian town, Teleskov. About 1,000 families have now moved back to that town, providing a proof of concept that shows that such actions can actually work in restoring pre-ISIS populations to their home and towns. 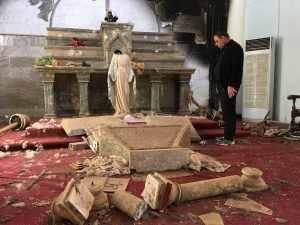 A priest examines the ruins, including a decapitated statue of Mary, in the Catholic church in Karamdes, Iraq, following the town’s liberation from ISIS.

Like the government of Hungary, the Knights will partner in this resettlement and rebuilding effort with the Archdiocese of Erbil, which is currently housing the largest population of Christian refugees in Iraq, including many of the residents of Karamdes.

“The terrorists desecrated churches and graves and looted and destroyed homes,” said Knights CEO Carl Andersonduring his annual report at the Knights of Columbus 135th annual convention. “Now we will ensure that hundreds of Christian families driven from their homes can return to these two locations and help to ensure a pluralistic future for Iraq.”

The Knights are urging K of C councils, parishes or other Church groups, and individuals who want to help to donate $2,000 – the approximate cost of resettling one family. Just a thousand such donations would be necessary to reach the $2 million goal. The rebuilding work will begin this week and money will begin flowing to the project immediately.

Urging the Knights to get behind this historic new initiative, Anderson paraphrased the words invoked by Winton Churchill in 1940: “Put your confidence in us …We shall not fail or falter, we shall not weaken or tire. We will give you the tools and together we will finish the job.”

In the same speech, Anderson also announced that the K of C would partner with the U.S. Conference of Catholic Bishops on a “Week of Awareness” for persecuted Christians beginning Nov. 26.

Since 2014, the Knights’ Christian Refugee Relief Fund has donated more than $13 million for humanitarian assistance primarily in Iraq, Syria and the surrounding region. The Knights’ documentation of ISIS’ atrocities and advocacy on behalf of Christians and other religious minorities in the Middle East were decisive in U.S. Secretary of State John Kerry’s2016 genocide declaration for Christians and other religious minorities in the region. This designation was reaffirmed by Secretary of State Rex Tillerson last week.

One hundred percent of the money raised will be used for this project. Knights of Columbus Charities, Inc. is recognized by the Internal Revenue Service as a charitable organization under section 501(c)(3) of the Internal Revenue Code. Donations can be made at www.christiansatrisk.org or by calling 1-800-694-5713. Donations are tax deductible to the extent allowed by law.