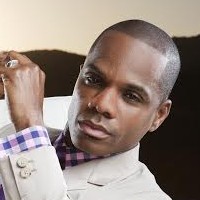 Fo Yo Soul Recordings/RCA, a joint venture between gospel music icon Kirk Franklin and RCA Records, receives twelve Stellar Award Nominations in the label’s first year of operation, with multiple nominations for founder Kirk Franklin and the hit debuts by The Walls Group and Tasha Page-Lockhart.

“Having my artists, The Walls Group and Tasha Page-Lockhart, blessed to receive so many Stellar nominations is more exciting to me than the feeling I had at my first nomination,” exclaimed Kirk Franklin.   “It’s incredible to see God being so kind to the next generation.”

The Walls Group’s debut release FAST FORWARD, cracked the Billboard charts at No. 1 with their single “Love On The Radio” peaking on the Top 10 Gospel Radio charts. The project received several nominations across major categories for the 2015 Stellar Gospel Music Awards.

The Walls Group’s nominations include:

Artist of the Year

Group/Duo of the Year

CD of the Year

Contemporary Group/Duo of the Year

Contemporary CD of the Year

Music Video of the Year  (“Love On The Radio,” Mr. Boomtown, Director)

New Artist of the Year

Contemporary Female Vocalist of the Year

Producer of the Year (FAST FORWARD, The Walls Group)