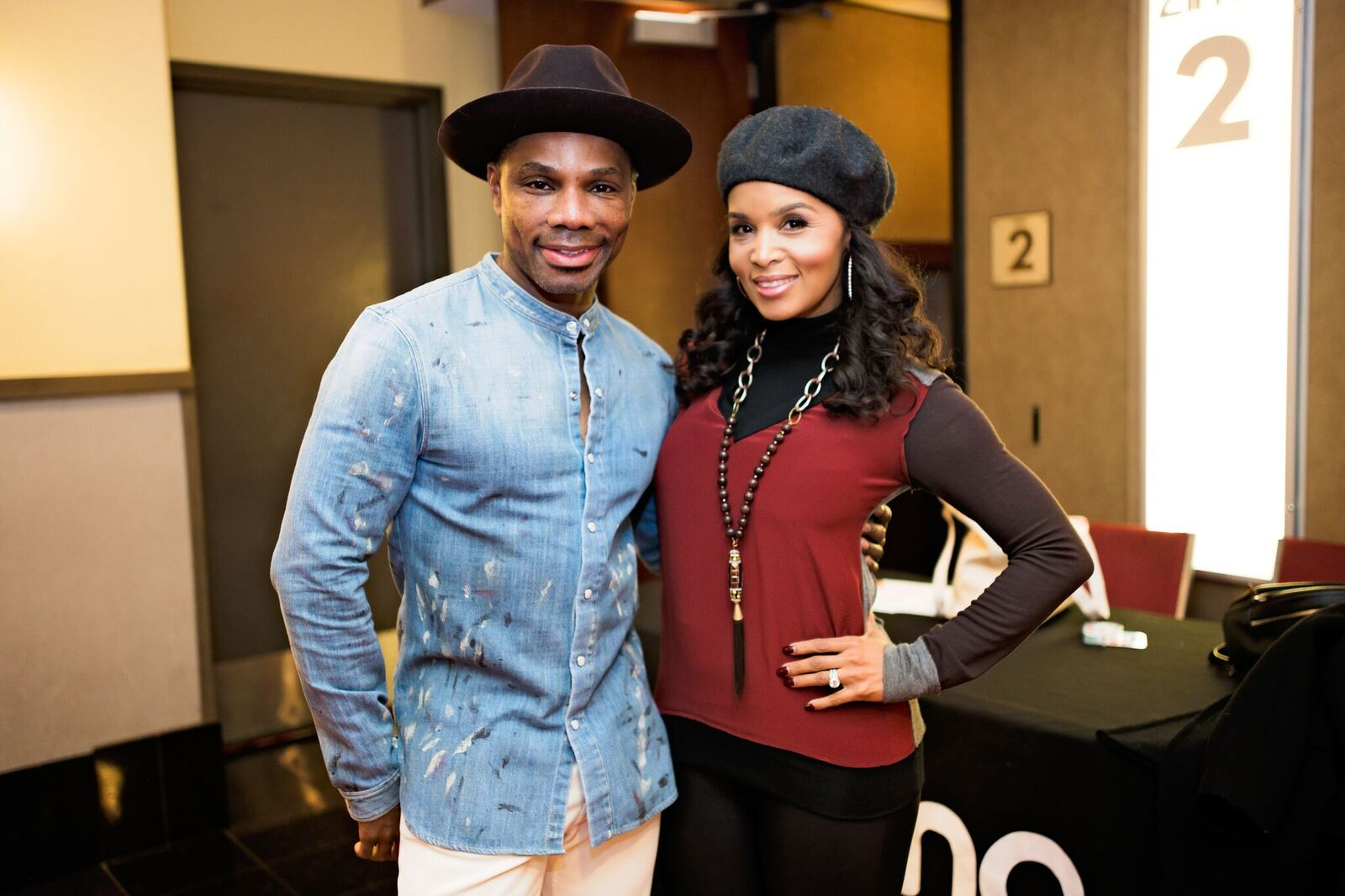 According to Franklin, “Creed II is a film that touches on life choices. From family, friends to fights – we see an amazing story play out on the screen.”

The movie, which premieres in theaters across the country this Wednesday, November 21, is the latest film in the Rocky saga, and a sequel to the 2015 blockbuster film “Creed.”  Dolph Lundgren (“The Expendables”) and boxer Florian Munteanu join the returning all-star cast of Michael B. Jordan, Sylvester Stallone, Tessa Thompson, and Phylicia Rashad. 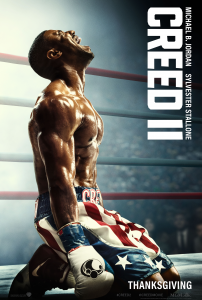 From Metro Goldwyn Mayer Pictures and Warner Bros. Pictures and Chartoff Winkler Productions comes Creed II, with Michael B. Jordan, three-time Academy Award nominee Sylvester Stallone, and Tessa Thompson reprising their leading roles in the next chapter of the Adonis Creed story, which follows the young boxer’s life inside and outside of the ring as he deals with newfound fame, family, his father’s legacy, and his continuing quest to become a champion.

Since arriving in Philadelphia from California three years ago to train with retired former heavyweight champion Rocky Balboa (Stallone), Adonis (Jordan) has found love and success. Under his mentor, coach, and “uncle” Rocky’s tutelage, Adonis has risen quickly in the professional boxing world as a heavyweight title contender. He and his longtime love, Bianca (Thompson), the beautiful and talented singer-songwriter who is a rising music star in her own right, are now ready to make a commitment and start a family. His adoptive mother, Mary Anne Creed (Phylicia Rashad), who had hoped Adonis would not follow in the footsteps of his father, has accepted his choice, recognizing in her son the talent and passion that made her late husband one of boxing’s greatest champions.

Adonis should be on top of the world — but instead, he’s struggling to reconcile the doubt he feels on the inside with the acceptance and adulation he’s receiving from the world. As the illegitimate son of former heavyweight champion Apollo Creed — who died in the ring before he was born — Adonis is grappling with his legacy and life in the celebrity spotlight. Despite his success, Adonis is afraid of not living up to expectations, especially his own. He questions his abilities, and wonders if he’s fought the best and is worthy of being a champion.

For Adonis, who wants to avenge his father’s death, taking on Drago’s son in a hyped-up title bout is more than just a fight. But for Rocky, who fears that history will repeat itself if these vengeance-seeking sons square-off, there’s much more to lose than just a title.

Award-winning filmmaker Steven Caple Jr. (The Land) directs from an original story and screenplay written by Juel Taylor and Sylvester Stallone, story by Sascha Penn and Cheo Hodari Coker, based on characters created by Sylvester Stallone. Ryan Coogler, who co-wrote and directed Creed, returns as an executive producer alongside Michael B. Jordan and Guy Riedel. The film is produced by Irwin Winkler, Charles Winkler, William Chartoff, David Winkler, Kevin King-Templeton, and Sylvester Stallone.

In the tradition of previous Creed and Rocky films, rounding out the cast are familiar faces from the sports media and boxing world, including referee Kenny Bayless, ring announcer Michael Buffer, and commentators Max Kellerman, Jim Lampley and Roy Jones, Jr. Real-life boxing coaches Robert Sale and Patrice “Boogie” Harris work the corners, and Jacob “Stitch” Duran, a legendary cut man in the fight world, returns to his role as “Stitch.”