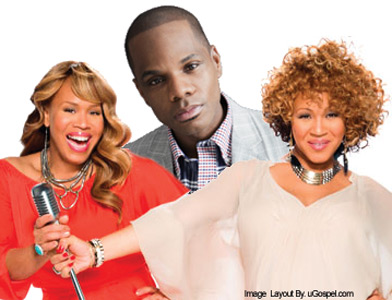 Gospel superstars Kirk Franklin and Mary Mary are confirmed to host the 28th Annual Stellar Gospel Music Awards on January 19, 2013.  2013 Stellar Awards Nominees will be announced on Friday, October 26.  To provide interviews and share key details regarding this year’s nominees and show, 2013 Stellar Awards hosts Kirk Franklin and Mary Mary will participate in press opportunities on Friday, October 26.  The nominees will be announced via webcast at http://www.thestellarawards.com.

In addition to providing details regarding nominees and this year’s show taping, special awards recipients will be announced for the James Cleveland Lifetime Achievement Award, Thomas A. Dorsey Most Notable Achievement Award and Ambassador Dr. Bobby Jones Legends Award.

The Stellar Gospel Music Awards show is executive produced by Don Jackson and produced by Barbara Wilson for Central City Productions. Founded in 1970 by