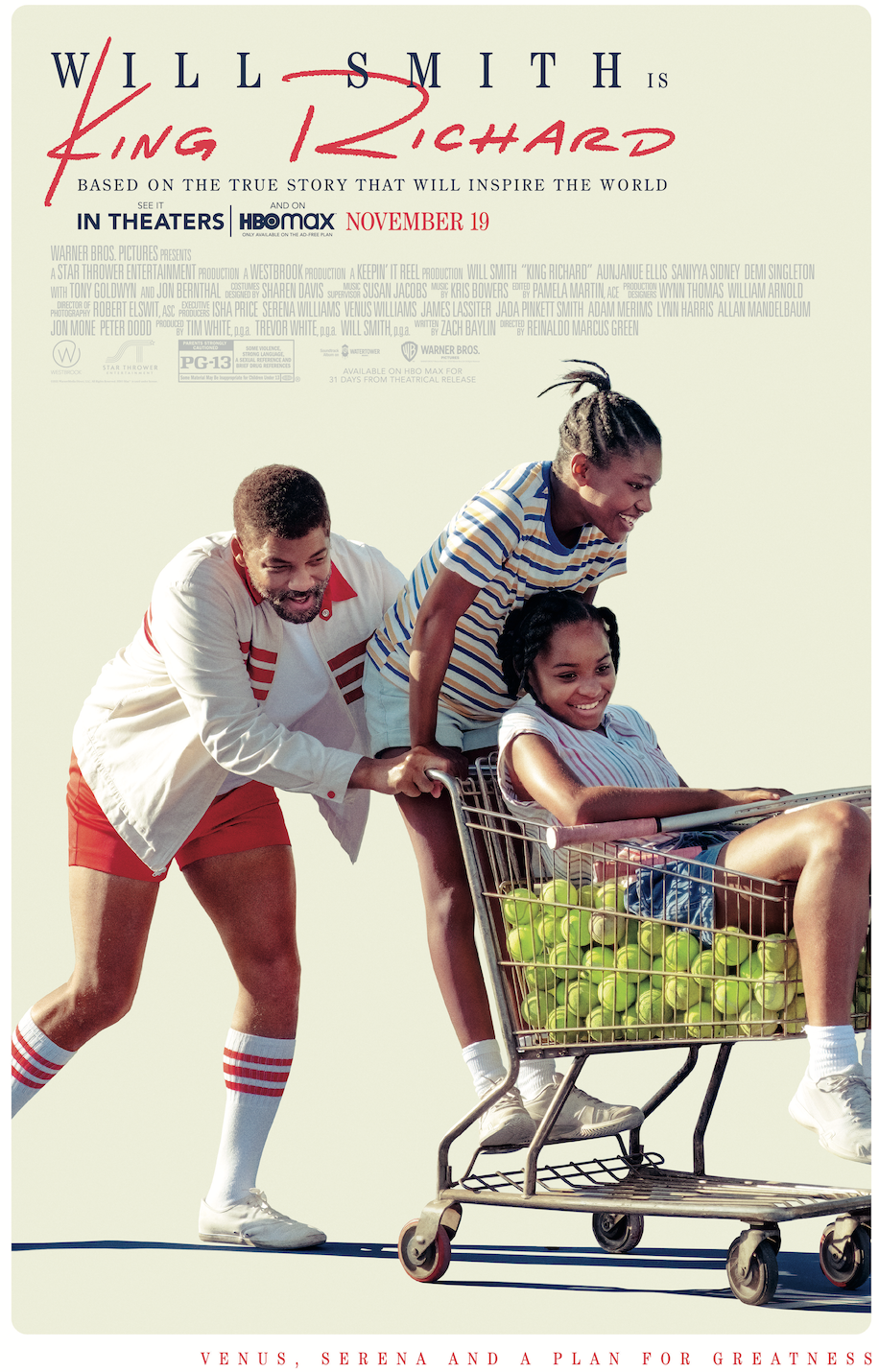 Armed with a clear vision and a brazen 78-page plan, Richard Williams is  determined to write his daughters, Venus and Serena, into history. Training on Compton,  California’s abandoned tennis courts – rain or shine – the girls are shaped by their father’s  unyielding commitment and their mother’s balanced perspective and keen intuition,  defying the seemingly insurmountable odds and prevailing expectations laid before them.

Based on the true story that will inspire the world, “King Richard” follows the  uplifting journey of a family whose unwavering resolve and unconditional belief ultimately  delivers two of the world’s greatest sports legends.

designer Sharen Davis (“Dreamgirls,” “Ray”). The music is by Oscar-nominated composer  Kris Bowers (“Space Jam: A New Legacy,” “A Concerto is a Conversation”). A Warner Bros. Pictures Presentation, A Star Thrower Entertainment Production,  A Westbrook Production, A Keepin’ It Reel Production, “King Richard” is slated for U.S.  release on November 19, 2021 in theaters and on HBO Max via the Ad-Free plan; it will  be available on HBO Max for 31 days from theatrical release.