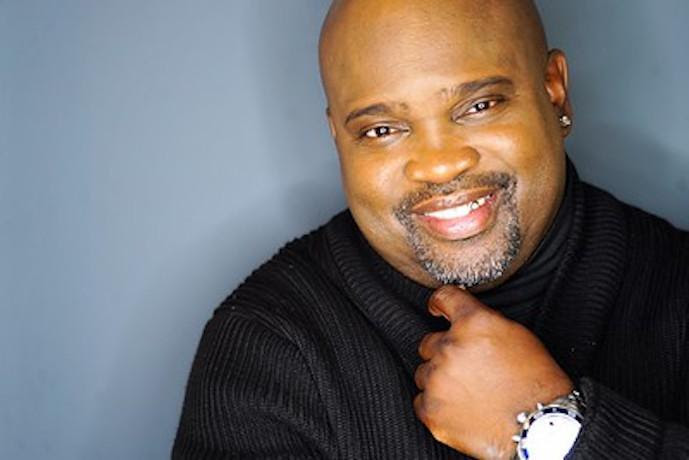 Keith “Wonderboy” Johnson echoes the spirit of timeless favorites like Phil Johnson, Keith’s father who started his singing career at the tender age of six. The anointed singer earned the nickname “Wonderboy” as a child due to his obvious gifts. Rooted in the tradition of Gospel greats like The Dixie Hummingbirds, The Mighty Clouds of Joy and The Hawkins Family, Keith “Wonderboy” Johnson has added his own dynamic flavor which has, without debate, transformed the quartet music genre forever. The stirring Grammy and Dove nominated singer has been the recipient of three Stellar Awards. In February 2018, Shanachie Entertainment will release Keith’s label debut Keep Pushin led by the album’s title track and first single that is already taking hold at radio.
Keith “Wonderboy” Johnson’s introduction to the Gospel world at large came in 1998 with the release of Through The Storm.  Since his arrival, he has steadily bridged the gap between generations of Gospel fans. His follow-up in 1999, Live And Alive, further catapulted him front and center as his composition “I Just Want To Be Right” became a Gospel anthem. The same year, Keith released his first Christmas project, Our Gift To You, which showcased a memorable version of the timeless favorite “12 Days Of Christmas.” He then went on to release five additional projects with World-Wide/Black Smoke Records, all of which charted on Billboard’s Gospel charts, and produced chart-topping singles. In 2005, he signed with Verity Records, releasing New Season,  which reached  #4 on the Billboard charts. The album’s beautiful single, “Let Go, Let God,” won BMI’s Most Played Song Of The Year Award in 2005.
Keith “Wonderboy” Johnson’s non-stop touring schedule has proven that he is one of the hardest-working and most in-demand artists in the Gospel music industry. He is on the road an average of 45 weeks a year! Keith’s quartet prodigy has sold over 500,000 units since the dawn of his career. In 2016, Keith released Timeless Music Movement Vol. 1 on his own record label, Wonderspirit Productions highlighting music from throughout this career. The recording features his hit single, “Chilly Winds” which is a modern version of his first hit single “Hide Behind The Mountain.”  2017 has marked a new chapter in Keith “Wonderboy” Johnson’s Wonderspirit Productions as he inked a marketing/distribution deal with long time childhood friend, D.A. Johnson’s SRT Entertainment.
The pair has had some success together with the release of Keith “Wonderboy” Johnson Presents… The Rising Stars Of Quartet  which earned a Stellar Nomination. Keith’s new CD will be released on Shanachie Entertainment via SRT Entertainment in February 2018. With the forthcoming release of  Keep Pushin, the best is yet to come as Keith “Wonderboy” Johnson continues to stir the masses and bless us with his music and ministry.