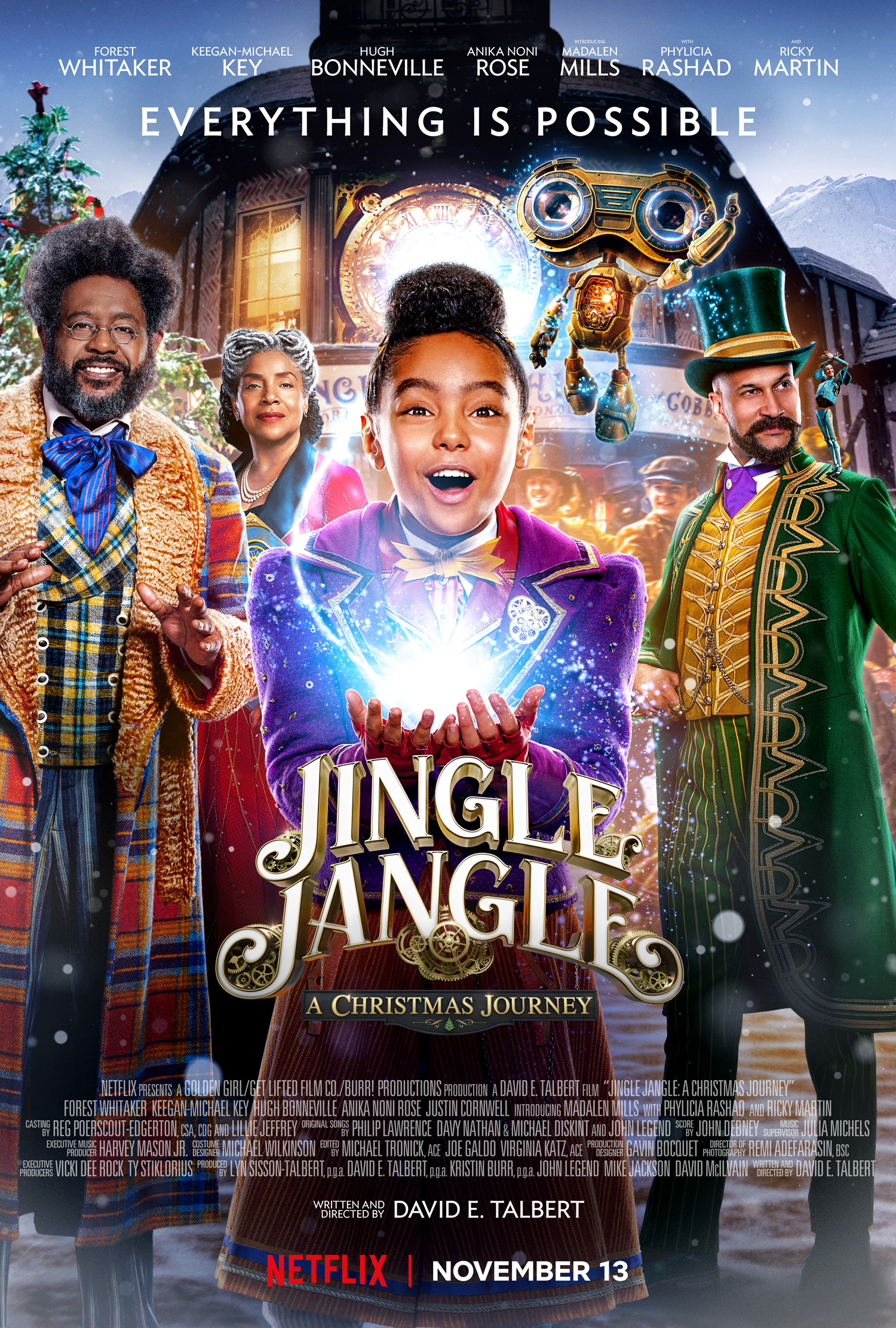 A holiday musical event over 20 years in the making, Jingle Jangle: A Christmas Journey is a timeless yet unprecedented tale of magic, second chances, and the power of love to conquer all obstacles. Written and directed by David E. Talbert (Almost Christmas), the film stars Academy Award winner Forest Whitaker (The Last King of Scotland), Emmy Award winner Keegan- Michael Key (Dolemite Is My Name), Tony Award® winners Anika Noni Rose (Dreamgirls) and Phylicia Rashad (the Creed films), Golden Globe® nominee Hugh Bonneville (Downton Abbey), Grammy® winner Ricky Martin (American Crime Story), and newcomer Madalen Mills as the denizens of the fictional town of Cobbleton, a place where anything is possible. Interspersed with whimsical stop-motion animation, show-stopping choreography, and original music by eight-time Grammy Award-winner Philip Lawrence (Bruno Mars’s primary songwriter), Davy Nathan, Michael Diskint, and EGOT winner John Legend, Jingle Jangle: A Christmas Journey is the culmination of a lifetime’s worth of imagination and redefines what a classic musical fantasy can be for a new generation of dreamers. 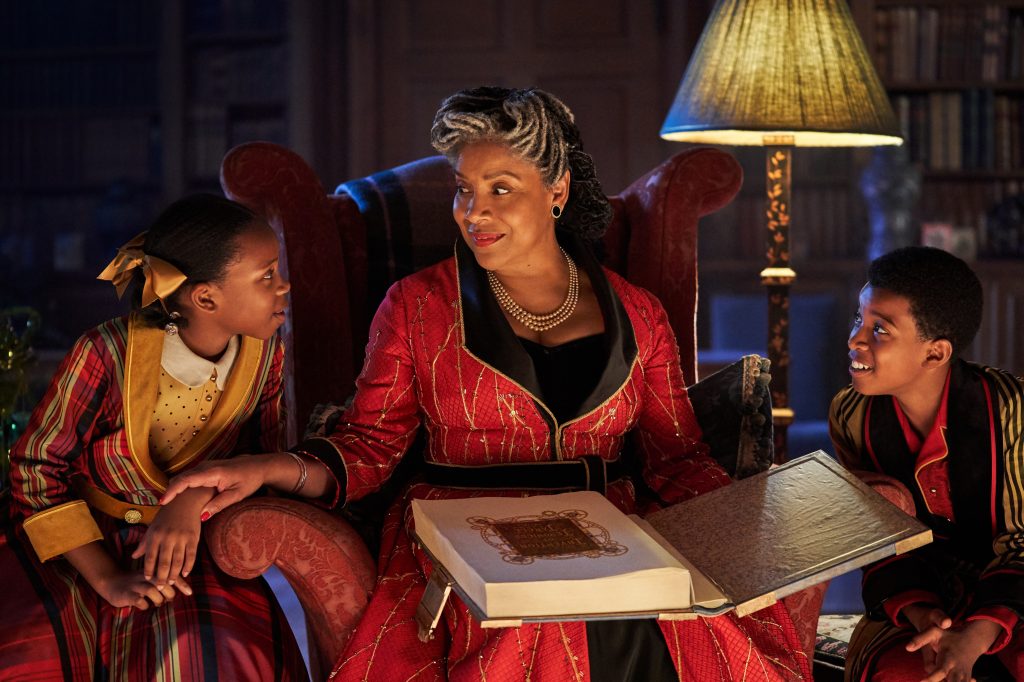 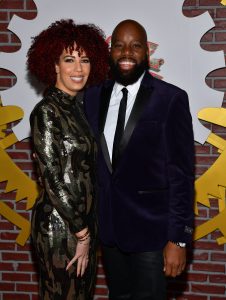 While Jingle Jangle: A Christmas Journey may be Talbert’s fifth feature film, the prolific playwright and stage director’s career in musical theater spans 30 years with over 14 top-grossing national tours under his belt. To say he’s familiar with the ways music inherently supports a narrative is an understatement. But the earliest inspiration for the film didn’t come in the form of a song; rather it started as a poem that Talbert wrote which ruminated on the healing power of love and the magic it possesses.

Together with his producing partner and wife Lyn Sisson-Talbert — who has produced all of Talbert’s plays and films — David set about turning the idea into a musical that was initially intended for the stage. He started writing the first iterations of Jingle Jangle: A Christmas Journey in 1998, taking inspiration from works like Dreamgirls and The Wiz. He continued to tinker with the story as the years went by, but it wasn’t until the birth of their son, Elias, now 7, that it became apparent that the story was not only better suited for film, but one that the medium desperately needed.

“All the greatest memories I had as a child came from the magic and wonder in the movies I saw. Chitty Chitty Bang Bang, Willy Wonka and the Chocolate Factory, and the original Doctor Doolittle with Rex Harrison were ones I rewatched. But as I’m sitting down with my son, watching these films, there was no representation or any diversity in any of them. So I wanted to revisit the joy, the magic, the wonder of my childhood, but then infuse it with people who look like me,” says Talbert. 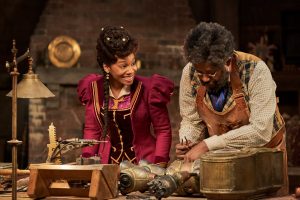 The key that unlocked everything was accessibility. Jingle Jangle: A Christmas Journey is as universal as a story gets, it just happens to feature people of color in nearly every role. Every show-stopping moment — from its grand opening, to its heroic Indiana Jones-like set pieces, to its emotional final act — is populated by people who are given costumes, hairstyles, choreography, and musical numbers (not to mention aspirations, intellect, and skill sets) that weren’t typically afforded them in the films of yesteryear. “As an artist and creator, I want to make a film that inspires and entertains. I just want to have it be more representative of the world. Something that says people of color can exist in a magical world.”

Soon after Netflix had acquired the film, Get Lifted, the celebrated production company founded by Emmy and Tony Award-winning Producer Mike Jackson, Ty Stiklorius, and EGOT recipient John Legend, came on board after they heard about the project from Executive Music Producer Harvey Mason Jr. “Harvey called me to see if I’d be interested in doing a holiday musical and I said absolutely,” says Jackson. “But after reading the script and realizing it was focused on a Black family, I knew it was a major opportunity to be a part of storytelling in a way we’ve never seen before. Obviously, we’ve seen Black families in holiday films, but nothing of this size and scope with the music, the CGI, and the animation. It just felt like it was
going to be spectacular — and it is.”

With hits such as Jesus Christ Superstar and the Oscar®-winning La La Land in their repertoire, Get Lifted was the perfect company to help shepherd Jingle Jangle: A Christmas Journey through the production process. “The film hits on a lot of touchstones that are important to our company, so to support David and Lyn in producing this idea they birthed into existence 20 years ago was really special,” says Jackson.

Jingle Jangle – A Christmas Journey In Select Theaters  And Streaming on Netflix! 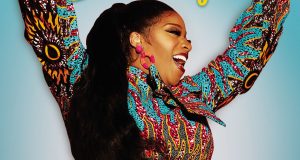 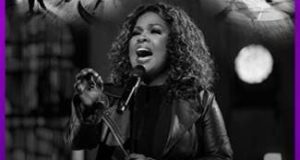 “The Making of Believe For It” Documentary Available TODAY!!! 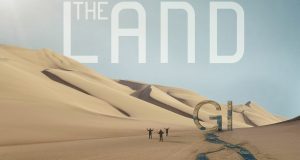