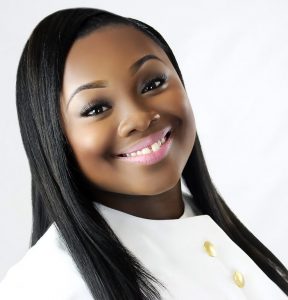 After a rousing performance of her Billboard #1 smash single “You’re Bigger” last week at the Triumph Awards in Atlanta, as attendees looked on like Al Sharpton, Spike Lee, Dionne Warwick, Kandi Burrus, Fantasia, and Attorney Benjamin Crump among others, Jekalyn Carr’s single has returned to #1 on Billboard’s Digital Genre Songs chart (three non-consecutive weeks). Carr also returned to #1 on MediaBase Gospel Airplay chart and remains at #2 on Billboard’s Gospel Airplay chart as well. Additionally, Carr heads to Nashville on Tuesday, October 11th as a presenter at the 47th GMA Dove Awards.

Jekalyn’s smash hit single “You’re Bigger” continues to make a major impact across the country. The single even crossed over to mainstream radio peaking #33 on Billboard’s Adult R&B Radio Airplay chart. With a mere 3 months left in 2016, this will be a year that Jekalyn Carr won’t soon forget as she is still celebrating several milestones in her budding career with three Billboard #1’s. Her third album THE LIFE PROJECT (August 2016) debuted at #1on Billboard’s Top Gospel Albums chart. And after 13 consecutive weeks at #2 on the radio chart — Carr’s smash single “You’re Bigger” garnered her a first #1 on Billboard’s Gospel Airplay Chart (reaching 3.2 million weekly) as well as Billboard’s Gospel Digital Songs chart (for most digital downloads).

This embryonic artist’s burgeoning national acclaim is evinced by having the distinct honor of being named a Power 100 by EBONY magazine as one of the most influential people in the world. Carr shared the same list with Beyonce, Bishop T.D Jakes, Kanye West and Quincy Jones to name a few. Carr has also graced the pages of some very influential lists including P Diddy’s Revolt TV naming her as 16 New Faces in Gospel, ESSENCE named her as One To Watch, JET Magazine and many others. Jekalyn encompasses the right kind of substance in which great artists are made. She understands the dynamic and sacrifices she has to make for her platform, and she does them willingly, because her focus is on the greater good—impacting people. Her gift, passion, character, integrity, talent, and sacrifice is evident in everything she does and she is more than deserving of this moment.