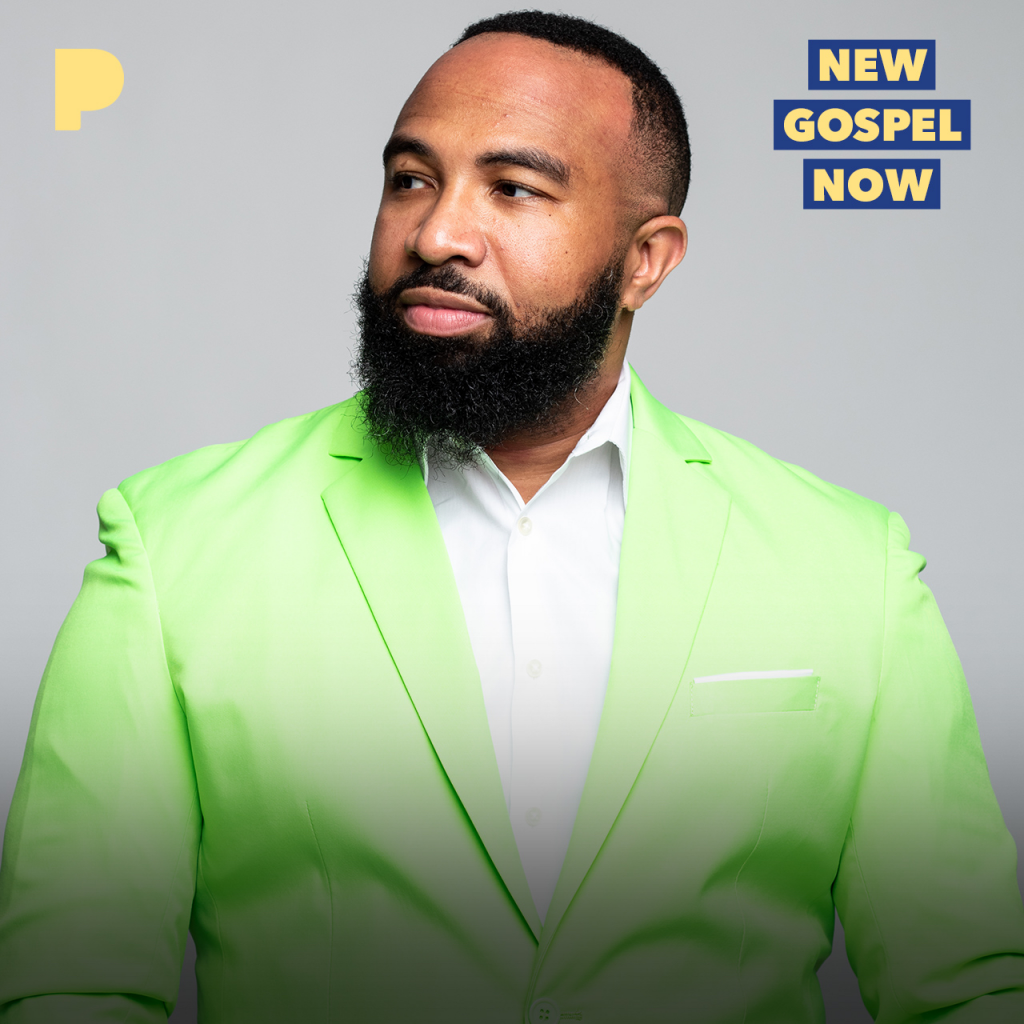 Grammy-nominated songwriter and singer, Jason Clayborn is the newest face to cover Pandora’s “New Gospel” playlist! This was recently added in preparation for the release of his highly anticipated new album, God Made it Beautiful. Often times a highly coveted highlight within the Gospel community, this cover is a true sign to Jason’s appeal to the masses.

Jason Clayborn & The Atmosphere Changers are currently signed to Tyscot Records and when speaking to A&R Director, Claudius Craig, he says, “We are so excited and thrilled about the support Pandora’s Gospel curation team is giving to Jason Clayborn & The Atmosphere Changers. Through their New Gospel Now playlist and Today’s Gospel Hits radio programming, they have introduced his music to hundreds of thousands of people who would not have heard it otherwise. Jason is truly one of Gospel music’s hardest working artists, and seems to be finally be getting some recognition for not only being an amazing songwriter; but also a prolific artist and choir leader.”

Jason Clayborn & The Atmosphere Changers’ new album, God Made it Beautiful, is currently available for pre-order with singles “Creator”, “Praise Belongs to You”, the album’s title track “God Made it Beautiful”, and the current single at radio “You’re All I Need” featuring Hezekiah Walker are all available to download now (click here). The full album will be released Friday, May 28, 2021 on all streaming platforms.

Jason Clayborn has toured the world with other national artists including several European and African tours with Dr. Ron Kenoly. In 2002, Clayborn was signed to Tyscot Records as a member of the world-renowned hip-hop gospel group, The Righteous Riders. Clayborn has also made appearances on BET, TBN and was a Kellogg’s Choir Competition Spokesperson.

Clayborn has written several hit songs for other artists including: VaShawn Mitchell (”I Worship You” and “Over and Over” which featured gospel music legend, Kim Burrell), Wess Morgan (”Get Me Thru” which sat on the Billboard Charts for several weeks), Ricky Dillard (”I Survived It”) and Hezekiah Walker (”You’re All I Need” and “Better”). Clayborn’s “Better” went on to peak at number one on the Billboard charts for 18 weeks. It also garnered Clayborn nominations for a Dove Award (Won), Stellar Award, Soultrain Award, Billboard Award, and Grammy Award.

In April of 2016, Clayborn founded The Atmosphere Changers (also known as T.A.C.), which is a gospel music choir comprised of young adults (ages 18-34) from Kentucky, Indiana, and Ohio. After just a short period of time, TAC went on to perform at the 100th Anniversary of the Metro United Way, who were celebrating their one-billion dollar fundraising goal to give to local charities.

In February of 2019, Clayborn rejoined the Tyscot Records family. Clayborn and The Atmosphere Changers released their debut single to radio in June of 2019 and are releasing the fill album May 2021.