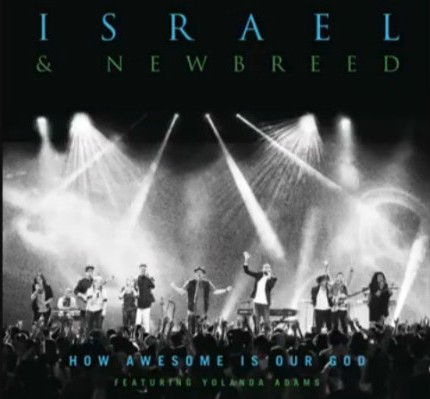 “In 15 years playing together with New Breed, the song ‘How Awesome Is Our God’ was an incredible experience to perform live and share in God’s love with our audience globally,” said Israel Houghton.  “Having Yolanda Adams singing with us on this song marks a personal ‘bucket list’ moment for me!”

The album was recorded during Houghton’s recent tour in Asia before packed crowds in Singapore, Philippines, Indonesia, Jakarta, Japan, Malaysia and South Korea this past October. Covered: Alive in Asia will mark Israel Houghton & New Breed’s 10th album together. Check out Israel & New Breed’s single “How Awesome Is Our God” feat. Yolanda Adams below.

In advance of the CD release Houghton will release the “Alive in Asia” concert film to theaters in select cities. Offering a behind-the-scenes, intimate look at the recording process and the core mission of New Breed the film captures the week-long recordings in some of the most exotic and beautiful cities in Asia.

Houghton will also kick off 2015 with several high profile appearances including the BMI Trailblazers of Gospel Music Awards where he’ll be honored on January 17th in Atlanta. He’s also slated to perform at the 16th Annual Superbowl Gospel Celebration concert series in Phoenix, AZ.