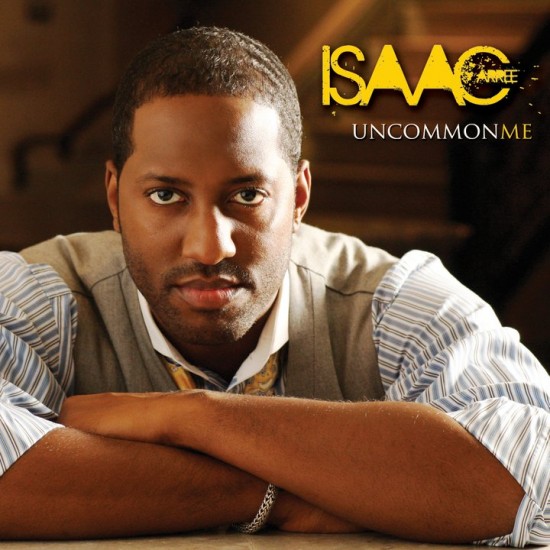 ISAAC CARREE shoots straight to the Number 1 position on both Billboard’s Top Gospel Chart and Top Christian Chart this week, with his debut release UNCOMMON ME.   The album also charted on the Top Independent Current Albums Chart at Number 5.

Celebrating a 20-year musical journey, which began with John P. Kee & New Life and includes Men of Standard; and working with and learning from Kirk Franklin, CARREE reaches this exciting milestone with his first ever solo project.

“I am so thankful to God for what he’s doing in my life at this time! I’m so excited that people are loving this album! When you work as hard as we worked on a project, you want people to be blessed and just simply enjoy the music,” Carree said. “I had so much help in making this dream a reality I DID NOT do any of this alone, but NO ONE can take the credit because it ALL belongs to GOD!”

This is also the debut release from new label Sovereign Agency, founded by music industry veteran Monica Bacon. Bacon celebrates the accomplishment alongside Carree, partnering with him on the release of UNCOMMON ME which is distributed by Universal Music Christian Group/Fontana, a division of Universal Music Group.

“To God Be The Glory for All The Things He Has Done,” said Monica Bacon, Carree’s manager and President, CEO Sovereign Agency. “I’m so excited about this project and Isaac Carree, O-MAZING!! This truly has been a faith walk, God is amazing and we give him all the credit.  It takes a village to raise a child, and my village came through. Thanks to everyone that believed in us from day 1 … couldn’t have done it without ya’ll.  #Teamwork Makes the Dream Work”

“Isaac Carree is an exceptionally talented and committed artist. We couldn’t be happier to see his first solo project top the Gospel charts at Number 1. It is an incredible, rare blessing to be in the business with great partners,” said Rhoda Lawrence Vice President Universal Music Christian Group. “This is just the beginning for UMCG and Sovereign Agency.”

The success of UNCOMMON ME has been fueled by an extensive promotional tour that was kicked off with a live UStream album release party that generated over 20,000 views and interviews on the Steve Harvey and the Yolanda Adams radio shows. Carree continued to make appearances all week in Atlanta, Houston and New York.

Fans and supporters have long-awaited a solo album from Carree and UNCOMMON ME does not disappoint.  Showcasing signature vocals with a hint of Carree’s traditional foundation, UNCOMMON ME is the modern approach to today’s gospel music and is truly jam-packed with melodies that comfortably establish themselves as the soundtrack to your future breakthrough.

The smash radio single, “In The Middle,” is in the Top 10 on the Gospel radio chart and debuted this week on Mediabase’s Urban AC and Top 10 Spincrease charts.

Isaac will continue to promote UNCOMMON ME with upcoming appearances in Chicago, Orlando and Charlotte.   In honor of Carree’s Number 1 album UStream will re-air the release party including performances and appearances by Carree, James Fortune, Eric Dawkins, Kirk Franklin, John Gray, Tye Tribbett and reunion performance by Men of Standard