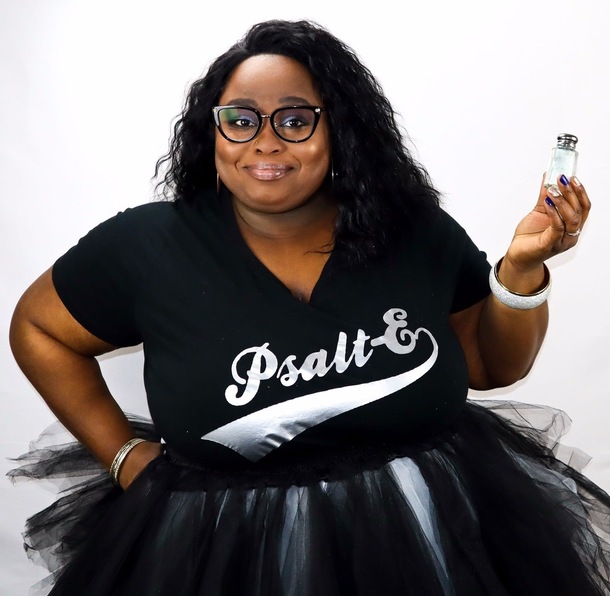 The Gospel Industry Network (The G.I.N.) is one of the newest and fastest growing organizations in Gospel and Christian music.  In 2021, The G.I.N. held their first industry Summit in Chicago, IL and launched a YouTube subscription campaign to give independent artists an opportunity to garner visibility in their region and win an opportunity for national exposure. Over 32 videos where submitted from indie choirs, groups, and soloist in Traditional, Contemporary, Worship, Rap and Quartet genres.  Rap artist Psalt-E emerged from the pack with the highest engagement and votes to take 1st place.  She is dynamic rap artist who won a prize package that includes: One-on-One consultations with Gospel Industry promoters, marketers and influencers, a media campaign and interviews, radio airplay support, and networking and support from hundreds of G.I.N. leaders and industry executives and tastemakers.

Psalt-E is a singer, songwriter, worship leader, and rapper from Fort Hood, TX, residing in Syracuse, NY.  Her name is pronounced “salty” and is from the scripture Matthew 5:13 – Ye are the salt of the earth: but if the salt have lost his savour, wherewith shall it be salted? 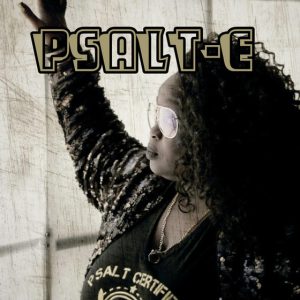 Psalt-E celebrates her “psaltiness” by paying homage to God for preserving her unique flavor that she almost eradicated trying to fit into conformity and the standards of this world.  Psalt-E has finely tuned her authentic self and is a living testimony transparently sharing this truth.  She released her first single, “#DCMO” (Don’t Count Me Out), in 2016. In 2019 she released her debut album THE PSALT EP.   The 6-song EP includes her hit single “Conqueror”, performed with a deliberate flow of hard-hitting lyrics boasting the confidence and faith we should have in Christ and ourselves.  MC Ron G and Kegan Miller join her on the R&B infused jam “Armor”.

Psalt-E is a two-time Gospel Choice Music Award nominee, a 2021 Gospel Hip Hop Award nominee, and won the 2019 Pressing Towards Your Vision – Holy Hip Hop artist of the year award.  She also picked up a 2021 Prayze Factor Award for Rhythm and Gospel Solo Artist of the year.  This rising star doesn’t focus on the accolades; instead, she focuses on inspiring the world with her music. She will be releasing a new single, “Mountaintopz” and a podcast series “Psalt-E Time” in March.

With Psalt-E as the innagural winner, The G.I.N. is excited to announce the launch of the second G.I.N. Regional Artist Choice for Christian Rap artists.  The campaign and competition offer opportunities for leaders to be connected to Christian Rap artists in their home markets and develop networking communities.  Indie CHH artists entering the competition should expect to be introduced to The G.I.N. national network through visibility on The G.I.N. Youtube channel where the public can vote.  This is one of the many efforts The G.I.N. offers to assist in developing indie artists and continually support and contribute to the future of Gospel music.