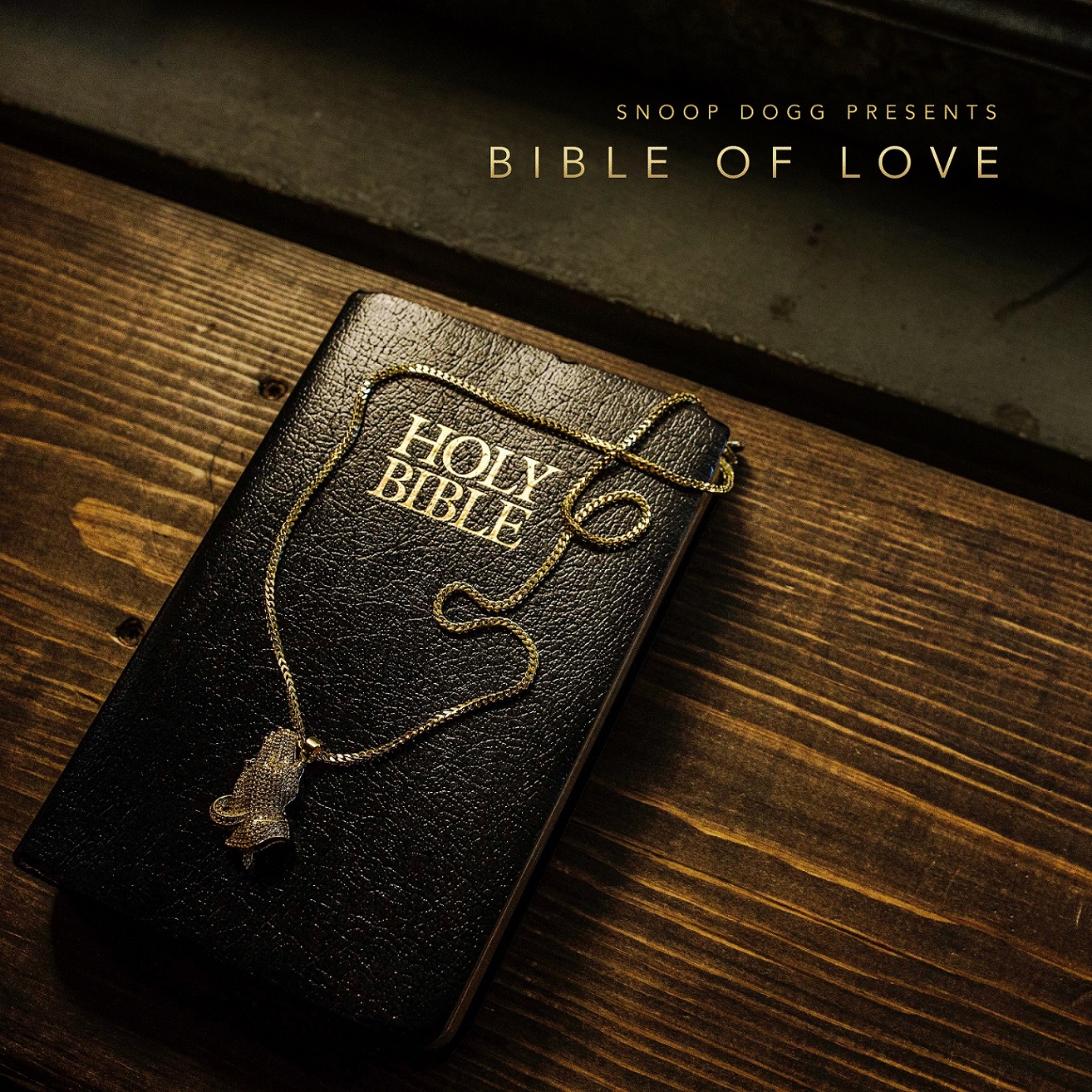 Today, RCA Inspiration, in association with All The Time Entertainment, announced the release of Bible of Love on March 16, 2018. Bible of Love is the 16th album and first ever gospel project from legendary, award-winning artist and icon, Snoop Dogg, whose career spans more than 25 years. The album is also the first release from All The Time Entertainment, a label which Snoop launched to provide more opportunities for gospel music artists.

Bible of Love, which is available for pre-order now, features Snoop and individual performances from a diverse array of acclaimed artists spanning multiple generations. Snoop feels there is a need for people to be unified more now than ever and he and co-executive producer, Lonny Bereal, handpicked some of Snoop’s personal favorites from gospel and R&B including, B. Slade, Faith Evans, Rance Allen, The Clark Sisters and Tye Tribbett (more guest artists to be announced). He has always been inspired by gospel music and created this double disc, 32-track collection to both showcase the genre and bring people together.

Five songs, “Blessing Me Again” (featuring Rance Allen), “Blessed & Highly Favored Remix” (featuring The Clark Sisters), “Words Are Few” (featuring B. Slade), “Saved” (featuring Faith Evans and 3rd Generation), and Bible of Love’s first official single, “You,” which features Tribbett, are available to those who pre-order the album now. Also, the video for “Words Are Few” can be seen below. Additional tracks and visuals will be released with pre-orders leading up to the album’s release on March 16th.

Snoop credits his late grandmother, Dorothy Tate, with introducing him to gospel music and inspiring him to finally release a gospel project. He says, “I am blessed to have so many legendary friends join me on this journey. As the country is in one of its heaviest times and is so divided, I wanted to make an album that spreads love and unity around the world. That’s what I was taught, so that’s all I know. Real love.”